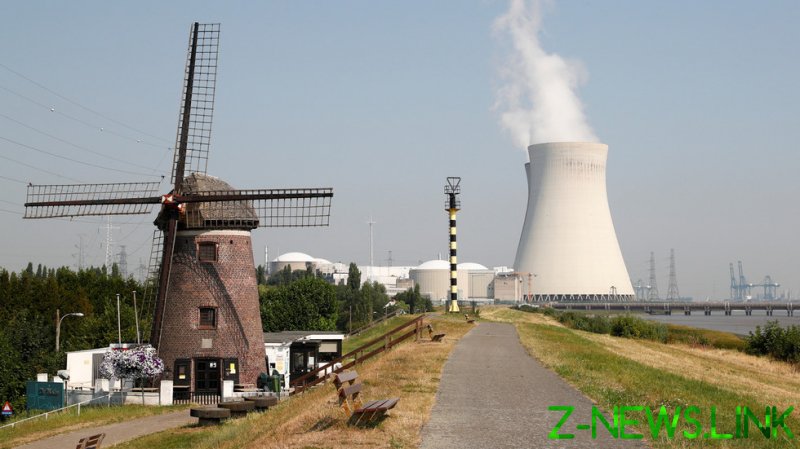 Employees of Engie Electrabel – a local nuclear power plant operator and a subsidiary of the French energy giant Engie – noticed an unusually high hydrogen consumption in the plant’s reactor, the AFCN/FANK said in a statement on Thursday. The development indicated a potential leak.

The operator and the nuclear watchdog decided to shut down the reactor preventively to “immediately and drastically reduce the possible risks.” On Thursday, the AFCN/FANK said that the situation was “under control,” but added that the cause of the leak is still being investigated.

Hydrogen is used to cool the power plant’s generator and the operator needs to take action “very quickly” in case of any malfunction to mitigate the risk, the nuclear watchdog said, adding that the reactor cannot be restarted until the issue is dealt with.

Doel 2 is one of the seven nuclear reactors in Belgium, and one of the smallest: its maximum capacity amounts to 445 megawatts. Previously, the reactor was temporarily shut down, in April 2018, after cooling-pipe system leaks were discovered at another reactor at the Doel nuclear power station site.

The Doel 2 reactor was cleared for restart on February 4, 2019 after “preventive” works were completed. AFCN/FANK approved the restart since “all the questions … concerning Doel 2 have been clarified” by that time.

Belgium’s nuclear reactors together produce around half of the country’s electricity. On Thursday, Engie Electrabel also put another of its nuclear plants – in Tihange – on alert as a preventative measure, due to the potential risk of flooding after the record rainfall that has already led to deadly floods in neighboring Germany. There is “no immediate danger” to the power plant, the operator said in a Twitter post, though.