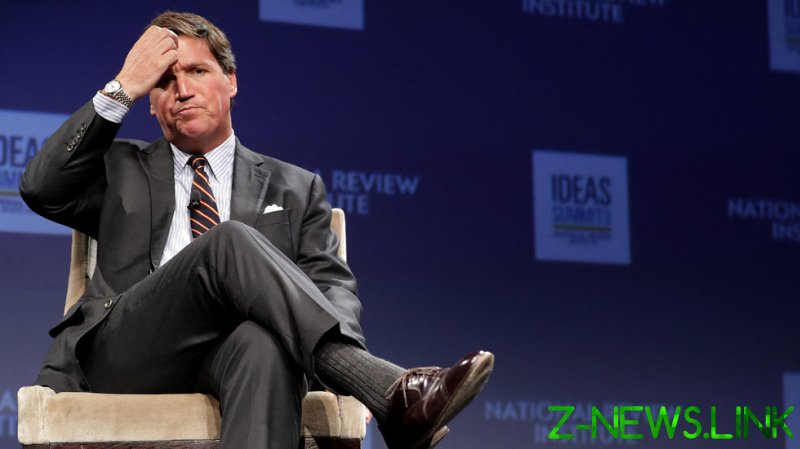 Carlson was talking to “US-based Kremlin intermediaries” about an interview with Putin, the Washington, DC-based political gossip outlet reported on Wednesday evening, citing anonymous “sources familiar with the conversations.”

Earlier in the day, Carlson appeared on a Fox Business show and revealed that a journalist in Washington had quoted him the content of one of his emails, because the NSA had leaked it to the press.

“You can’t have a free press if the intel agencies are secretly spying on you and using that information to threaten you and control you,” Carlson told Maria Bartiromo, and denounced the “totally dysfunctional, out-of-control third-world system” he said the Biden administration was using to target political opposition.

When Axios reached out to the NSA for comment, the agency pointed to their earlier statement that Carlson was not a “target” of their surveillance, and that their mandate was to spy on foreigners, not Americans. Carlson had rejected their response as “an infuriatingly dishonest formal statement, an entire paragraph of lies” written for the benefit of NSA “lackeys” at rival networks CNN and MSNBC.

Critics of the most-watched US cable host initially dismissed his claims about NSA surveillance, saying he was making them up or trying to deflect from incoming negative press coverage.

Over the Fourth of July weekend, CNN openly compared Carlson to Alex Jones, a commentator they successfully pressured Silicon Valley into deplatforming back in 2018.

Based on these new revelations, however, his case might resemble that of retired General Michael Flynn. President Donald Trump’s first national security advisor was pressured into resigning just two weeks into the job, after the contents of his entirely appropriate conversations with the Russian ambassador were leaked to the Washington Post and presented as potentially treasonous.

The American public never found out who in the Obama administration ordered Flynn “unmasked” – revealing his name, normally anonymized under NSA foreign surveillance protocols. After being dragged through the courts for years on spurious charges, Flynn was pardoned in November 2020.

As Axios explained, the NSA might have legitimately spied on “Kremlin intermediaries” Carlson was speaking with, if they were foreign nationals on foreign soil at the time, but his name would have been “masked” in that case.

Others pointed out that the official narrative was about to shift from “there was no spying” to “well since Russia was involved he had it coming.”

Journalist Glenn Greenwald literally received just such a claim on Twitter – calling Carlson a “noxious TV personality” who was “dabbling in foreign contacts” and “ran afoul of legitimate surveillance” – shortly before he was due to appear on Carlson’s show to comment on the affair.

The potential involvement of Russia or Putin doesn’t actually make spying on US journalists and leaking their names to the media more acceptable, or legal. The Russian president has previously given interviews to Fox – back in 2018 – and the NSA never unmasked Chris Wallace. Nor has there been any talk of spying on NBC News, whose interview with Putin aired ahead of the summit with US President Joe Biden in Geneva last month.

In effect, some conservative commentators said, the spying on and unmasking of Carlson itself constitutes proof the Fox News host – a vocal critic of the current administration – may have been targeted for political purposes.