Home / WORLD / Now that, after years of painstaking negotiations and political turmoil, Brexit’s really a done deal, here’s what happens next

Now that, after years of painstaking negotiations and political turmoil, Brexit’s really a done deal, here’s what happens next 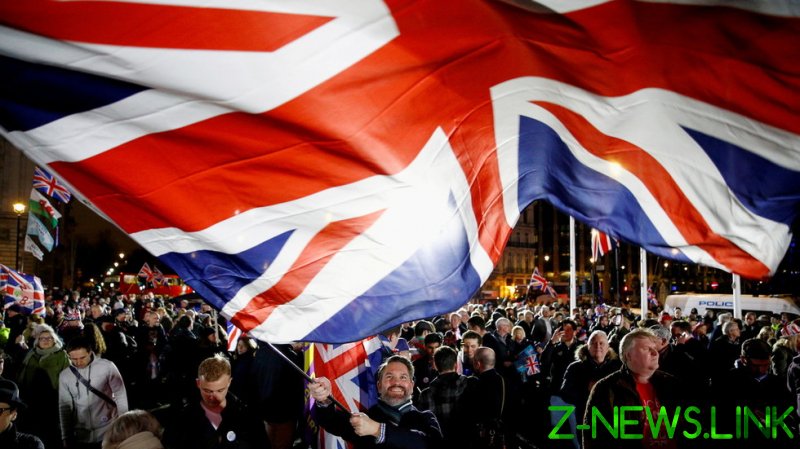 The path from that referendum to actually withdrawing from the EU has not been smooth, including the resignation of not one but two Tory prime ministers, plus years of negotiations with Brussels about the ongoing relationship of the 27-member bloc and the UK.

Despite multiple missed deadlines and proclamations by PM Boris Johnson that the UK would prosper without an EU trade deal, an agreement was eventually struck on Christmas Eve – a mere week before the transition period ended.

It’s now more than four years since 51.89 percent of voting Britons elected to take the UK out of the EU. The referendum result reversed the decision made by the British people 45 years ago, when they voted to join the Common Market.

The decision divided households, political parties and the country itself, with rally after rally held across the country as politicians dithered over the way forward. Then-PM David Cameron, who had pushed for a ‘remain’ vote, resigned within hours of the result.

The UK was projected to leave the EU on March 29, 2019, but Cameron’s successor, Theresa May, saw her Brexit withdrawal bill defeated three times in Parliament – the first of which was the largest defeat in history for a sitting government.

Johnson’s accession to prime minister in July 2019 created a sense of renewed optimism in finalising Brexit, but his first attempt to get a withdrawal bill through parliament was lost, once again forcing the UK to request an extension.

But while the UK left the EU officially on January 31, 2020, it wasn’t over yet. For the following 11 months, London and Brussels fought tooth and nail over trade and related elements of their post-Brexit relationship.

Despite the much-talked about changes after Brexit, life will likely remain the same for most Britons.

Many businesses won’t be impacted, as trade will remain tariff- and quota-free, but the introduction of customs and regulatory checks may mean serious disruption and hassle for others. British products being sold in the EU will still have to meet European standards.

Free movement, which was potentially the biggest single factor for many Britons voting ‘leave’, will end. In turn, Britons will now need a visa to work, study or stay in an EU country for more than 90 days during a 180-day period. The UK will introduce reciprocal measures on Europeans, with the exception of those in the Republic of Ireland, and bring in a points-based immigration system.

Filling the car to the brim with French wine will be a thing of the past, as new customs laws will come into effect that limit individuals to importing 42 litres of beer, 18 litres of wine, four litres of spirits and 200 cigarettes without paying tax. Yet the new import ceiling is unlikely to be a major boost to England’s much-hyped nascent wine industry.

Northern Ireland, unlike the rest of the UK, will still have to abide by many of the EU’s rules and regulations – a decision made to prevent the region’s return to a ‘hard border’ with the neighbouring Republic of Ireland.

Meanwhile, members of the fishing community have said they feel let down by Johnson, as EU vessels will retain access to UK waters. British fishermen will gradually see their catch quotas increase as EU access is reduced over the next five and a half years, after which EU quotas will be renegotiated annually.

UK students will also lose access to the Erasmus programme – the EU’s initiative to support and fund overseas education and training in Europe. Johnson has vowed to replace the scheme with a global programme named after mathematician Alan Turing, while the Republic of Ireland has said it will fund the continued use of the Erasmus programme by students in Northern Ireland.

On a political level, disputes will undoubtedly occur, and both parties have agreed to an arbitrage panel to help settle trade disputes and allow the seeking of compensation if the panel’s actions are later ruled excessive or unjust.

While a wide spread of core elements and key details have been covered in the EU-UK agreement, it remains to be seen just how its intricacies and the various competing interests will shake out in the post-Brexit era.