Home / economy / “Not even ostentatious stability”

“Not even ostentatious stability” 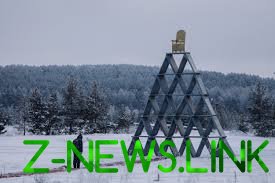 Russia has entered a period of political turbulence that makes it impossible for long-term forecasts, says economist Yevgeny Gontmakher.

After the state Duma adopted amendments to the Tax code of the Russian Federation, according to which gardeners and growers sell their grown vegetables and fruits, will have to buy the patent for the business, there was talk about, is not this the law with the advent of the post of the head of government of the former taxman Michael mishustina.

Whether this is mere coincidence or there is a definite pattern, and also on whether the increased tax burden combined with measures to combat poverty, columnist of “Rosbalt” talked with a member of the expert group “European dialogue”, doctor of Economics Eugene Gontmakher.

— Will increase if the tax burden in Russia, after the Prime Minister was a former head of the Federal?

Yes. I was just reading how they all discuss where to get half a trillion rubles on new presidential initiative, and one of the opinions — reduction of number of tax benefits. But it is obvious that it would be a blow to the business. A decrease in the number of benefits to business is the increase of the tax burden, including on us. Because if the business will pay more taxes, so he will raise prices on their products.

Of course, no tax reform, in which they can increase or cancel any taxes, will not, but measures to “clean up” any taxes that they believe are going in full, you can probably expect.

— In your opinion, is it a coincidence that the appointment mishustina coincided with the fact that the Duma passed an amendment to the Tax code, according to which gardeners and growers who grow on their plots crop for sale now have to buy the patent?

— Of course it’s a coincidence. Such ideas certainly do not come from the tax service. By law she does not have the right of legislative initiative. Tax we have is performers. They receive from the government has some decisions and enforce them. This bill, of course, was the initiative of the Ministry of Finance. This is the philosophy of the Ministry of Finance under the leadership of Anton Siluanov. It lies in the fact that not a single movement that gives people some funds, should not go past the budget. This so-called profnalog at self-employed, who now will be expanded and the initiative with patents on truckers, which you just mentioned, it’s all such a philosophy.

Yes, I think Mishustin this philosophy of the Ministry of Finance shares, but he is not its originator. It will support such initiatives, and to stop them can only be President, because it is a political issue.

In Kazakhstan, for example, the President has freed small businesses from the tax. Moreover, their small business is almost to a hundred people employed in one organization.

— Yes, we love to write about it, but I believe that in our country, the power in many settings by attorney.

— Mishustina but the appointment as Prime Minister is just strengthening a fiscal component.

— I’m saying. Of course, Mishustin it will be to maintain, now as Prime Minister. He (and before that) played all of these solutions and did it very conscientiously, but then he wasn’t the initiator. If now the Finance Ministry will go at it with such offers, then, Yes, it will support them.

But the only political entity of our lives — the President — can look at it, and if some another “straight line” the same gardeners will start to complain that they are on their plots cultivated, relatively speaking, five bundles of radishes and a bag of potatoes and some of it is sold to a neighbor, and now should show the patent for the business, then, assessing the situation and pokivat head, Vladimir Putin, which has become now socially sensitive, can say, Yes, perhaps it is not necessary to do… Then it can stop. Only in this case. And I can’t guarantee.

— Do you have any idea how to do can change the socio-economic policy in Russia after the change of government?

— It seems to me that nothing fundamentally will not change.

— That is, social bias will not?

— Well, look, the role of the state in the economy remains the same. Neither of which investment climate, about any revival of private initiative speech can not be. Will be handing out money, as mentioned in the President’s message. It will be done for a short time until some of the next stage to calm people down… to say: look, we have increased the allowance and this and so on… I Think that this policy will be conducted in the next couple of years.

— What will happen next?

— This is what we can’t know, because from a political point of view, of course, Russia is entering a period of turbulentnosti and no, even ostentatious, the stability that has been in recent years, I think, will be gone. And there will be obviously many policy changes, including possible early elections.

But if you really will be taken real steps to increase public sector wages, which stated Putin in Lipetsk at a meeting with the local community and the increase in real wages and incomes in other social spheres, is where all there money?

Well, first, this is what I said — the refusal of some tax benefits. The second is the so — called reserve Fund of the government. It may be a bit less of a budget surplus. Last year it was about three trillion rubles. Now, it may be two trillion.

In General, the state has the money there, so I see no problem that a little to spend them on population. But it will not lead to any changes in the economy, which stands on the site. As Putin said, the economy is stagnant. Well, will distribute money again, people will be happy… But the important thing is to boost economic activities. Need to improve the social situation on a healthy basis, as the economy grows, people get big salaries, they pay good taxes, and so forth. But this chain is not yet built.