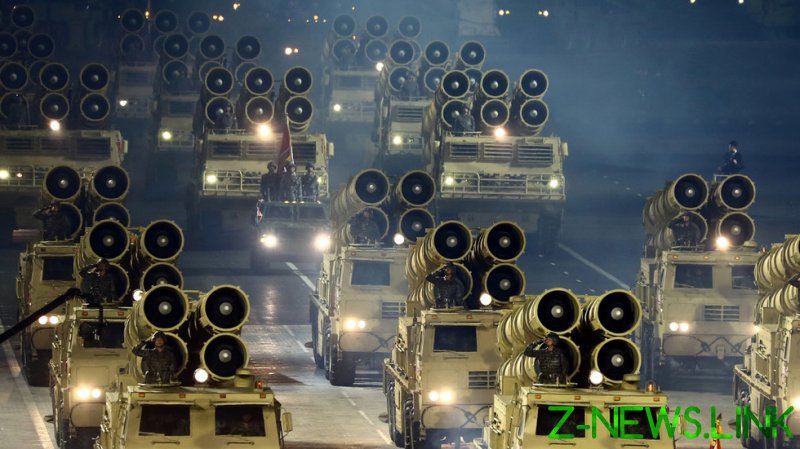 US Deputy Secretary of State Stephen Biegun made the statement while visiting Seoul, South Korea. “Regrettably, much opportunity has been squandered by our North Korean counterparts over the past two years,” he said, speaking to a think tank. He added that Pyongyang officials “too often have devoted themselves to the search for obstacles to negotiations instead of seizing opportunities for engagement.”

Denuclearization negotiations stalled under Trump, but Biegun nevertheless praised the president’s decision to use diplomacy with leader Kim Jong-un. “This vision was a bold one,” he noted.Trump and Kim signed a general declaration calling for denuclearization during their first meeting in Singapore in 2018, but failed to reach a deal at the second summit in Hanoi, Vietnam, next year.

Biegun believes if Joe Biden becomes president, the new US administration will continue diplomatic efforts: “The war is over; the time for conflict has ended, and the time for peace has arrived.”

The US envoy also called for Pyongyang to return to talks, but admitted: “We do not expect North Korea to do everything before we do anything.” He stressed the need “to lay out a road map for action, and we must agree on where that road map ultimately leads.”

However, Pyongyang has made it clear it wants a step-by-step and synchronized denuclearization, while getting economic compensation during the process. Washington insists denuclearization should start first.

During its recent military parade, North Korea revealed a new intercontinental ballistic missile, prompting the US State Department to express “disappointment” and again call upon the leadership to commit to “complete denuclearization.”

Pyongyang sees Washington as the primary threat to its national security and the justification for its development of nuclear weapons.