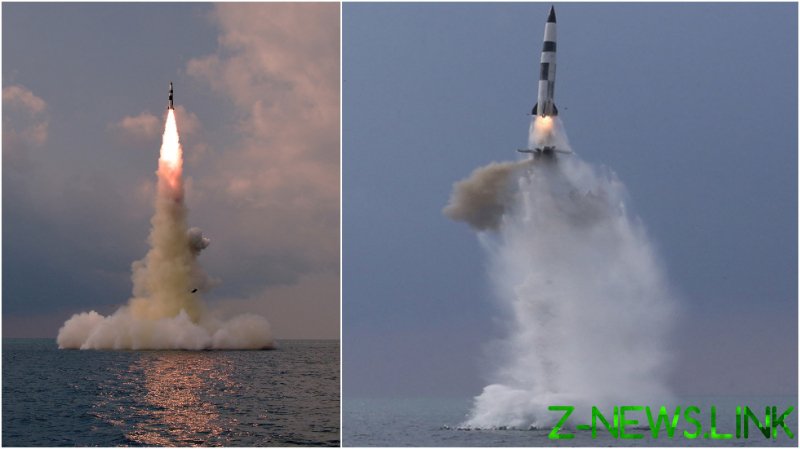 The new missile “will greatly contribute to the advancement of the nation’s defense technology and the improvement of the navy’s underwater operation capabilities,” academy said.

State media also released a series of photos purporting to show the October 19 launch, with a munition seen emerging from the ocean in several shots, as well as the sub from which it was allegedly launched.

While Pyongyang has conducted a series of missile tests in recent months, its SLBM systems are seen much less frequently, with the last publicly acknowledged test launch taking place in October 2019. That test saw the North Korean navy fire a Pukguksong-3 missile from an underwater platform, flying 450km (279 miles) to a maximum altitude of 910 km (565 miles) before crashing back down into the sea.

Washington’s envoy to North Korea, Sung Kim, condemned the recent missile tests during a trilateral meeting with counterparts from Seoul and Tokyo on Tuesday, demanding that Pyongyang “refrain from further provocations and engage in sustained and substantive dialogue.” Earlier, Japanese Prime Minister Fumio Kishida deemed the tests “very regrettable,” while the South Korean military said it would conduct a “thorough analysis” of the launches.