Norman Foster proposes ‘city of the future’ for Ukraine 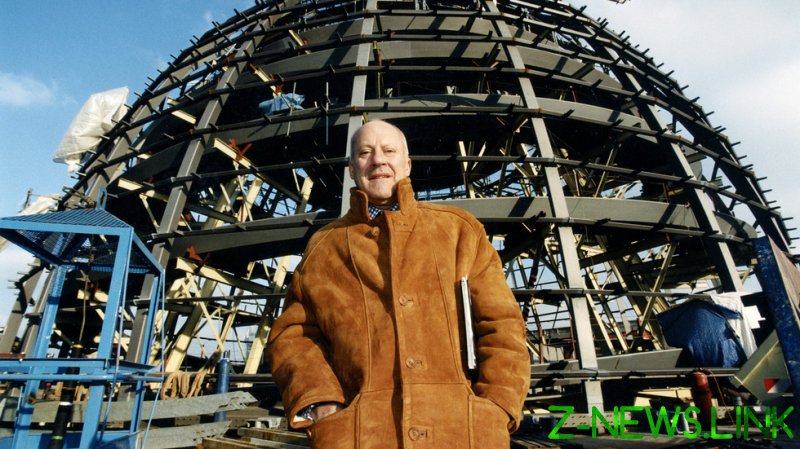 Renowned British architect Lord Norman Foster has offered to help rebuild the city of Kharkov after it was heavily damaged during the military conflict between Russia and Ukraine. Foster says he is already drawing up plans for the city’s “high-tech” revival and claims he could turn it into a “city of the future.”

The Times reports that Foster met with the city’s mayor, Ihor Terekhov, on Monday via a video conference in which the two sides discussed the project to rebuild Kharkov – Ukraine’s second-largest city, which is located in the east of the country near the Russian border and had a reported population of 1.4 million people at the start of 2022.

“The first step is to make a master plan of the city linked to the region, to combine the most beloved and revered heritage of the past with the most desirable and greenest elements of infrastructure and buildings – in other words, to create the city of the future now and plan your life for decades to come,” Lord Foster wrote in a submission to Terekhov.

It’s estimated that about a quarter of the buildings in Kharkov have been destroyed as a result of fierce fighting between Russian and Ukrainian forces, and many crucial buildings have been struck by shells, including hospitals, schools, and heritage buildings, including an opera house, concert hall, and government offices.

Terekhov says the city is now in desperate need of new hospitals, schools, and kindergartens, as well as offices for its once thriving IT sector. The mayor added that every major building, school, and kindergarten should also now feature a bomb shelter and residential buildings should be equipped with underground parking spaces which can be converted for emergency use.

Terekhov told Foster he would also like to get a “city center that would become one of the highlights of Europe,” adding that he has plans to introduce high-tech architecture, while preserving “the fabric of the city’s rich cultural history” by repairing or preserving existing or damaged buildings.

Foster has promised to “assemble the best minds with the best planning, architectural, design and engineering skills in the world” to start working on the project as soon as possible. He also stated he would seek to bring in Ukrainian architects and designers to contribute to the reconstruction.

“In the spirit of combining a planetary awareness with local action, I would seek to bring together the top Ukrainian talents with worldwide expertise and advice,” Foster said.

The 86-year-old architect is considered one of the key figures in British modernist architecture and is highly regarded for his work on futuristic buildings such as the Gherkin and Millenium Bridge in London, the Reichstag in Berlin, and the Apple Park campus in California.