Home / WORLD / ‘No one is safe’: Actor Johnny Depp calls for revolt against cancel culture, warns that ‘it takes one sentence’ to destroy someone

‘No one is safe’: Actor Johnny Depp calls for revolt against cancel culture, warns that ‘it takes one sentence’ to destroy someone 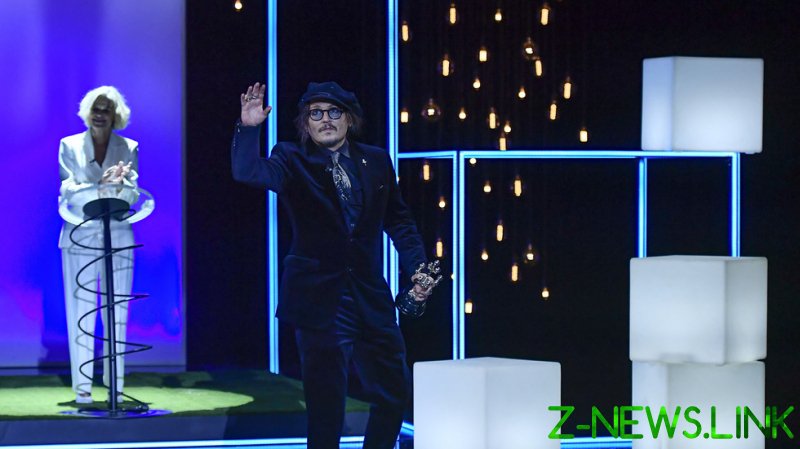 “It’s so far out of hand now that I can promise you that no one is safe — not one of you, not anyone out that door,” Depp told reporters on Wednesday at Spain’s San Sebastian Film Festival, where he was to receive a lifetime-achievement award. “No one is safe, as long as someone is willing to say one sentence.”

The “Pirates of the Caribbean” star added that the consequences of a cancel-culture attack can be immense. “It takes one sentence, and then there’s no more ground, the carpet has been pulled,” Depp said. “t’s not just me that this has happened to. It’s happened to a lot of people . . . . Sadly, at a certain point, they begin to think that it’s normal, or that it’s them, when it’s not.”

Depp’s own bout with cancel culture included being forced to resign from Warner Bros.’ “Fantastic Beasts” franchise in 2020, after losing a libel lawsuit against the publisher of the UK’s Sun newspaper, which called him a “wife beater” in an April 2018 article. He has filed a $50 million defamation lawsuit against ex-wife Amber Heard, saying her abuse claims against him were a hoax.

Apparently referring to his failed libel case, Depp said, “I believe that if you are armed with the truth, that’s all you need. It doesn’t matter if a judgement, per se, has taken some artistic license.”

Although he was reportedly the world’s highest-paid actor as recently as 2012, when he had earnings of $75 million, the 58-year-old actor said last month that he believes he’s being boycotted by Hollywood. His latest film, “Minamata,” hasn’t yet been released in the US, possibly another piece of fallout from the abuse allegations against him.

Depp said on Wednesday that people must push back against cancel culture. “When there’s an injustice — whether it’s against you or someone you love or someone you believe in – stand up, don’t sit down, ’cause they need you.”

As for his fall from favor in Hollywood, he said “it can be seen as an event in history that lasted for however long it lasted, this cancel culture, this instant rush to judgement based on what essentially amounts to polluted air.”

Depp also slammed the current state of Hollywood, saying it’s “certainly not what it was.” He added, “How much more formula do we need from the likes of studios? How much more condescension as an audience do we need . . . ? I think that Hollywood has grotesquely underestimated the audience.”

Despite his call for resisting cancel mobs, Depp conceded that he was worried his attendance at the San Sebastian Film Festival “would offend people.” He praised San Sebastian officials for “undying support” and for not buying “what has been, for far too long . . ., some notion of me that doesn’t exist.”

“I haven’t done anything,” Depp continued. “I just make movies.”