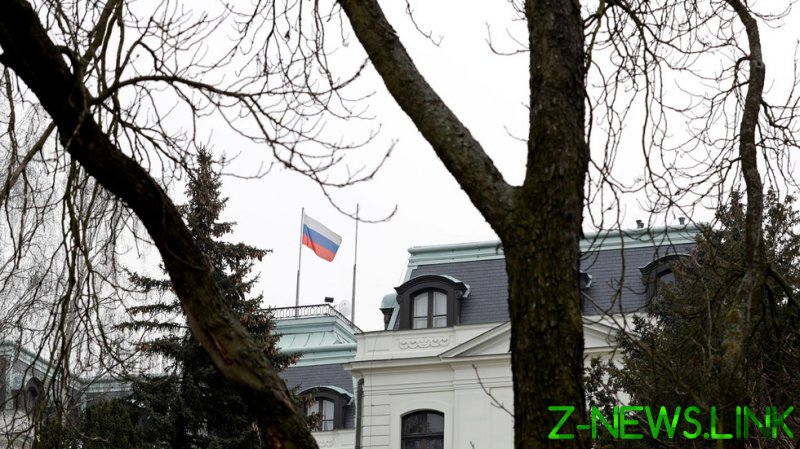 Czech President Milos Zeman delivered an extraordinary televised address on Sunday, breaking his silence on the scandal that has been raging for over a week. Zeman said he paused before speaking on the row to have a “cool head,” and had some “analysis” done before making his opinion public.

“We are working with two investigative theories – the first, original one, that there was an explosion resulting from inexpert handling of explosives, and the second that it was an operation of a foreign intelligence service,” he said in the speech, carried on Prima television.

Last week, the Czech Republic accused Russia of being involved in the 2014 ammo depot blast that happened in the village of Vrbetice, some 330km (205 miles) southeast of Prague. The facility was rocked by multiple explosions that killed two employees of a private company that rented a warehouse from the military at the depot. Prague pointed the finger at the infamous duo Alexander Petrov and Ruslan Boshirov, two Russian citizens accused by the UK of poisoning former double agent Sergei Skripal and his daughter Yulia in Salisbury back in March 2018.

Still, no actual evidence of their involvement has been presented by the country’s Security Information Service (BIS) so far, Zeman revealed.

“There is no evidence that these two agents were in the Vrbetice area,” he stressed.The current lack of evidence, however, does not mean the allegations of Russian involvement should not be taken seriously, Zeman warned.

Moreover, the very theory of the potential involvement of foreign intelligence in the 2014 ammo depot blast emerged only three weeks ago, Zeman revealed. Before that, such an idea had been never mentioned even in “non-public” reports by Czech intelligence services. Inept handling of ammunition remained the main theory of the cause of the blast. At the same time, it has been established that the cache of ammunition destroyed by the blast was destined for Bulgaria.

“The ammunition from the depot should have been delivered to Bulgaria,” Zeman said. “There are trade invoices, a local arms dealer had made a deposit. We can consider the Bulgarian link confirmed.”

The ammo depot incident must be “thoroughly investigated,” the president stated, expressing his full confidence in Czech police and security services. Should Moscow’s involvement be confirmed, such actions must not be left unanswered, he added.

“When the investigation is over, the citizens of the Czech Republic will be fully informed and nothing will be kept secret,” Zeman said. “Whether this suspicion is justified, and in that case, while I support fair relations with all major countries, the Russian Federation needs to pay for this possible terrorist act – for example, Rosatom’s non-participation in the Dukovany tender.”

Prague, however, has already taken quite a different approach to handle the investigation. Immediately after the allegations against Moscow were made public, it launched a diplomatic broadside at Russia, expelling 18 Russian diplomats out of the country. The Rosatom corporation has been already barred from the contest for the $7 billion-worth renovation of the Dukovany nuclear power plant as well.

Moscow strongly rejected the accusations, retaliating with the expulsion of 20 Czech diplomats, while Russian media reported looming economic sanctions against the Czech Republic. The spat has apparently entered a downward spiral, as Czech authorities now want to send home even more staff from Russian diplomatic facilities. Moscow, in turn, signaled that such a move won’t be left without a response.