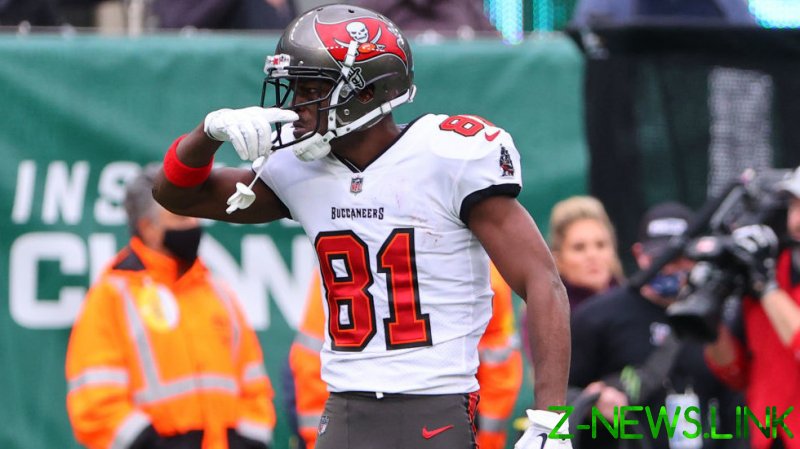 Troubled receiver Antonio Brown has produced one of the most memorable exits in NFL history after walking out of a game before his coach announced he was off his team.

In the latest dramatic twist of his controversial career, Brown removed his kit, threw his shirt into the crowd and walked topless out of New Jersey’s MetLife Stadium in the third quarter of a game which the Tampa Bay Buccaneers were losing 24-10 to the New York Jets.

Security said that Brown was escorted from the stadium by police to take a separate flight home from the rest of his team, according to one reporter.

The flamboyant 33-year-old, who pleaded no contest to attacking a moving truck in 2020 and was given community service, psychological counseling and anger management, posted on social media afterwards.

Posing in clothes, Brown dubbed himself “super-gremlin”, said he was “making a difference” and wrote: “Football is what we do, not who we are. Love.”

Bucs boss Bruce Arians had reportedly angered Brown by benching him. “He is no longer a Buc,” said the coach, asking the media to concentrate on the players who ultimately won the game 27-24 for his team.

They included superstar quarterback Tom Brady, who appealed for understanding towards Brown.

“That’s obviously a difficult situation,” Brady admitted. “We all love him and care about him deeply.

“I think everyone should be compassionate and empathetic towards some very difficult things.”

Brown is said to have been on the verge of a series of performance-related bonuses worth almost $1 million.

The Super Bowl champion with the Bucs had only just returned from a three-game suspension.

The NFL slapped Brown with the punishment for misrepresenting his vaccination status under its coronavirus protocols.

Addressing the NFL in July 2020, Brown used his Instagram account, which has more than six million followers, to insist to bosses that he was a reformed character whose image had been “distorted” by the media.