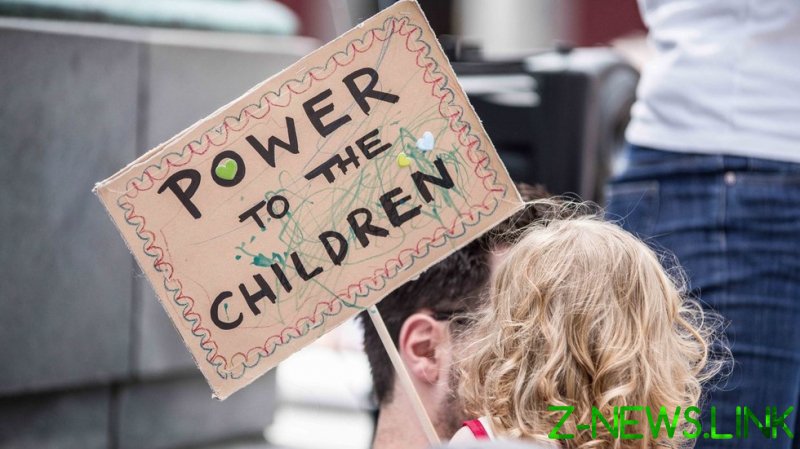 Journalist Chris Rufo has been vindicated after fact-checkers accused him of misreporting the contents of a Black Lives Matter-themed curriculum being employed at Buffalo Public Schools (BPS) last month. The magazine quietly confirmed that BPS was, in fact, teaching its students to blame all white people for the suffering of others.

While Rufo showed the curriculum claimed that “all white people play a part in perpetuating systemic racism,” citing lesson plans and teaching materials received from a whistleblower at the Erie County schools, Newsweek argued his claims were only “half true,” because BPS was “not organizing lesson plans around that one phrase, which is for middle school students only, nor are they pushing any of the research as hard and fast facts.”

However, Rufo was quick to respond, presumably supplying more of the lesson material he’d been slipped by his inside contact, and by Monday had “forced” Newsweek’s fact-checkers to retract their judgement and issue his story a ‘true’ rating. Indeed, according to the materials Rufo obtained from the whistleblower, the lessons directed at younger children are even more divisive and controversial.

Students as young as kindergarten were shown a video depicting dead black children, for example, supposedly in an effort to warn four-to-six year olds about “racist police and state-sanctioned violence” and learn about the “sickness” of American society. Students in fourth and fifth grades were also encouraged to embrace “the disruption of Western nuclear family dynamics” in order to “return to the ‘collective village’ that takes care of each other,” and finish the fifth grade with an essay exploring “a society without ‘separate, nuclear family units.’”

Ten-year-olds also learned their country was operating a “school-to-grave pipeline” for black children.

Only once they hit middle and high school were children to be instructed in “systemic racism,” taught the all-important self-flagellatory lesson that American society itself was designed for the “impoverishment of people of color and enrichment of white people.” The very fabric of the US social system is based on “racist economic inequality,” the materials claimed, stating that modern economic inequality is “the result of black slavery, which created unjust wealth for white people.”

And having been thoroughly indoctrinated since the age of four, the high school students were at last presented with the BLM curriculum’s declaration that “all white people play a part in perpetuating systemic racism,” a declaration that is accompanied by “often unconsciously, white elites work to perpetuate racism through politics, law, education, and the media.”

Equipped with such ideological bludgeons (which, contrary to BPS’ protestations, seem to be put forward as very much “hard and fast facts”), students are expected to get to work solving the problem they were born guilty of, “confronting whiteness in [their] classrooms,” atoning for their “white privilege,” and “us[ing] their voices” to crusade for anti-racism.

Nor are children the only group to be radically reeducated under the program – one teacher told City Journal that meetings with the curriculum’s author, associate superintendent for Culturally and Linguistically Responsive Initiatives Fatima Morrell, devolved into “scoldings, guilt-trips, and demands to demean oneself simply to make another feel ‘empowered,’” with the teachers forced to play these “manipulative mind games” lest Morrell retaliate against them professionally. The curriculum has only been in place since last year, but news of its contents has traveled far and wide, outraging parents all over the nation.