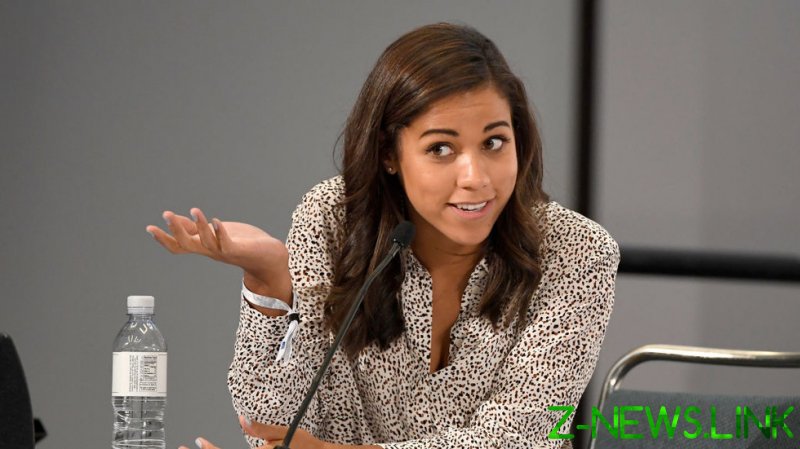 McCammond, who was due to take up the lead role at Teen Vogue on Wednesday, has been forced to step down after staffers at the ultra-woke outlet complained about a bevy of offensive tweets she had posted a decade ago mocking Asians and LGBTQ people. Readers and at least two advertisers had also pushed to have McCammond shelved, despite her repeated efforts to apologize for the offending content, according to the New York Times, which cited an internal email from Teen Vogue parent company Condé Nast.

The email included a statement from McCammond herself that she’d also posted to Twitter. Throwing herself on the mercy of the publication’s employees, she lamented that her “past tweets have overshadowed the work I’ve done to highlight the people and issues that I care about.”

While McCammond had reportedly apologized for the offending tweets in 2019 and deleted them, nothing on the internet is ever quite removed, and screenshots were circulated on social media shortly after her hire at Teen Vogue was announced on March 5. The tweets included a raft of inflammatory comments, including derogatory Asian stereotypes, homophobic slurs, and other profoundly un-woke verbiage.

At least 20 Teen Vogue employees sent a statement to Condé Nast management on March 8 affirming their opposition to having McCammond at the publication’s helm. “In a moment of historically high anti-Asian violence and amid the on-going struggles of the LGBTQ community, we as the staff of Teen Vogue fully reject those sentiments,” they wrote.

The disgraced reporter apparently made an effort at damage control before resigning, groveling at the feet of her critics in a Twitter post less than a week after her hire. “I’ve apologized for my past racist and homophobic tweets and will reiterate that there’s no excuse for perpetuating those awful stereotypes in any way,” she pleaded, insisting she was “so sorry to have used such hurtful and inexcusable language.”

And Condé Nast initially stood by her, praising “the values, inclusivity and depth she has displayed through her journalism” and touting how she had “dedicated herself to being a champion for marginalized voices” – as well as her decision two years ago to nuke the offending tweets.

Whatever her coworkers might have thought of the sincerity of her apologies, however, it didn’t pass muster with at least two of Condé Nast’s advertisers. Ulta Beauty yanked a seven-figure advertising campaign with the publication over McCammond’s tweets, and Burt’s Bees also pulled a campaign of unspecified value from the outlet.

Before attempting to scale the woke walls of Teen Vogue, McCammond worked at Axios, covering President Joe Biden’s campaign. Previously, she was a contributor to MSNBC and NBC.