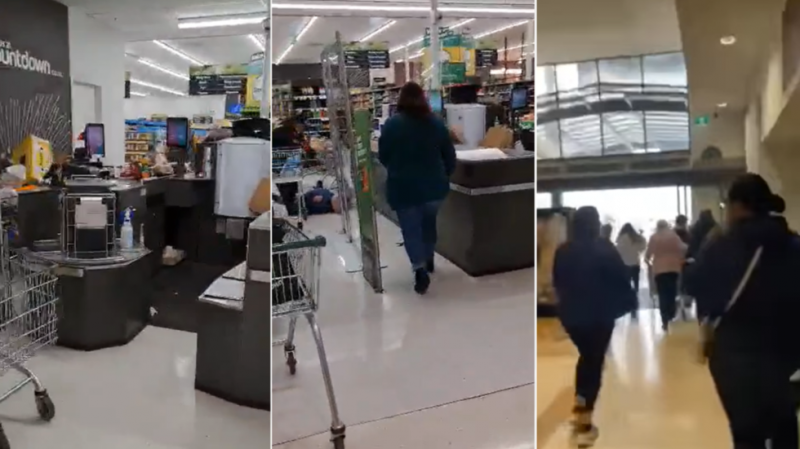 “This incident is still unfolding at this time. However, Police can confirm that a man has entered a New Lynn supermarket and injured multiple people,” authorities said in a statement on Friday afternoon, referring to an Auckland suburb.

Police have located the man and he has been shot. He has died at the scene.

At least four people were brought to hospital with life-threatening injuries after the apparent attack, according to local media reports, with the New Zealand Herald noting that at least one person suffered a stab wound, while Newstalk ZB reported that two people had been shot. The exact circumstances surrounding the incident remain unclear.

A witness who spoke with local media, identified only as Tim, described panic in the market after the assailant began his attack. “[People were] running out, hysterically, just screaming, yelling, scared,” he said.

Another witness, Amit Nand, said he saw three victims stabbed, also claiming he attempted to confront the attacker before he was neutralized by police.“I saw him with a knife and then I went past him, I went by him with another guy and I told him to drop the f***ing knife,” Nand told a local news outlet, adding that he had grabbed an object and was preparing to strike the assailant immediately before a plain-clothes officer shot him.

He went past us by the aisle. This undercover cop came to me… I was gonna hit [the perpetrator]…. The cop is like ‘get back’ and he started shooting him five times and killed him.

A brief clip apparently filmed in the market depicted much the same – captioned, in part, “New Lynn… someone has got a gun in there” – showing frightened bystanders fleeing the scene.

Prime Minister Jacinda Ardern is being briefed on the situation, according to a government spokesperson cited by Reuters.