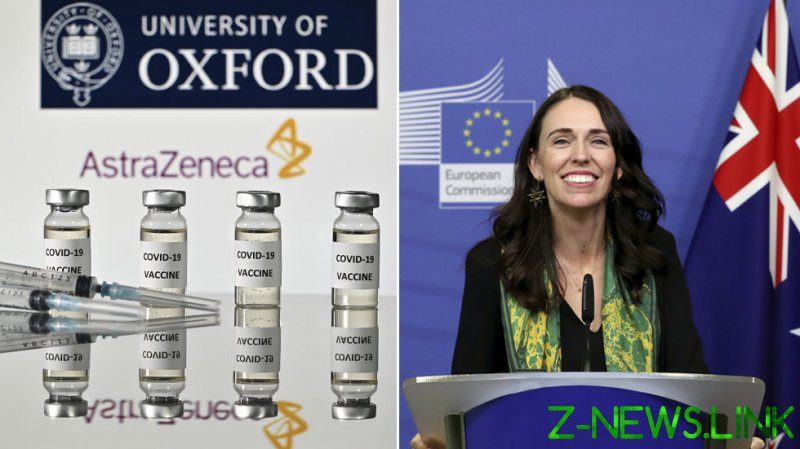 This week, the government of New Zealand announced it has pre-purchased additional quantities of Covid-19 vaccines produced by AstraZeneca and Novavax, and has secured sufficient to inoculate 15 million people. The reserve may seem an overkill, considering the South Pacific country’s entire population only numbers around five million.

The rationale is that its drug regulator Medsafe will determine which of the procured medicines works best in which cases during the approval process, and they will be distributed accordingly. The procurement deals have been signed with four different providers and cover three different types of vaccines.

Prime Minister Jacinda Ardern announced the new purchases and outlined her government’s plans to begin the biggest immunization program New Zealand has ever carried out from Thursday. Any citizen who wants to be vaccinated will get a jab for free as soon as possible, she promised.

Wellington has also offered a helping hand to its neighbors across the South Pacific. The island nations of Tokelau, Niue, the Cook Islands, Tonga, Samoa, and Tuvalu can get vaccines for their people from New Zealand, Ardern said. This is in addition to economic aid and development assistance programs meant for the islanders.

The news brought a new wave of adoration directed at the Kiwi prime minister on social media, on top of the domestic and international love Ardern already enjoys. Commenters ‘crowned’ her country the “leader of the free world,” while one person suggested New Zealand should be considered “main Zealand” – that might be considered rather a snub to the Dutch province after which the country was named, however.

New Zealand’s response to the Covid-19 pandemic was one of the most successful in the world. The relatively small, isolated nation shut its borders and contained the few outbreaks that happened on its territory thanks to an extensive testing and tracing program and limited lockdowns. It registered just over 2,100 confirmed cases and 25 fatalities, and is considered free from Covid-19 at present. Unsurprisingly, perhaps, once they are approved by Medsafe, the vaccines will first be directed to border workers.

“Our first priority will be to vaccinate border workers and essential staff who are at the greatest risk of getting COVID-19. We expect vaccines to be delivered to our frontline workers in the second quarter of 2021,” the prime minister said.

Some people however remain skeptical about New Zealand’s example, pointing out that its size and isolation made the job easier than in larger more integrated nations. A few seemed offended by its decision to overstack the vaccines while others need them more.