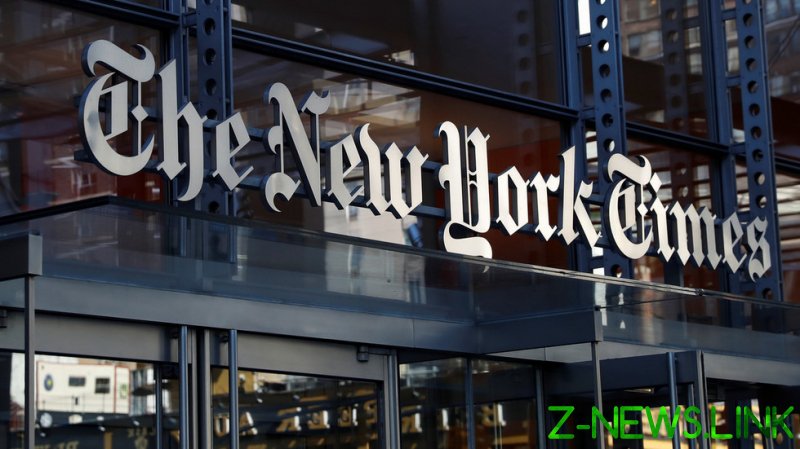 ‘Speechless: Controlling Words, Controlling Minds’ by Knowles has already topped bestseller lists on Amazon and Publisher’s Weekly (and sold nearly 18,000 copies in its first week of release). Despite its success, though, it does not meet the standards to appear as a top 15 bestseller on the New York Times’ list.

“It is our observation that the books that tend not to make it onto the Times list when you would expect that they would, tend to be books that are not congenial to the New York Times worldview,” Regnery publisher Tom Spence told the Daily Caller, accusing the Times of playing politics with Knowles’ book.

Danielle Rhoades Ha, vice president of communications for the New York Times Company, would only say that Knowles’ book “did not meet the standards for inclusion this week.” Ha added that conservatives have made the bestseller list in the past, something Spence argues does not eliminate the possibility of censorship.

“The fact that they did not censor or discriminate against a conservative book in one case doesn’t mean that they haven’t done it in this case,” he said.

Included on the bestseller list were books such as ‘On Juneteenth’, which only sold around 4,800 copies in the same time period, according to Bookscan, which tracks book sales. One book by a conservative commentator did make the list, with Bill O’Reilly’s latest historical work ‘Killing the Mob’ topping it.

Spence has argued that the “standards” the Times is promoting have little to do with actual sales, noting that numerous books become bestsellers according to Bookscan but never appeared on the Times’ coveted list.

The Times says its reporting is based on “unit sales reported on a confidential basis by vendors offering a wide range of general interest titles.” Sales are also “statistically weighted to represent and accurately reflect all outlets proportionally nationwide.”

This methodology essentially translates, according to Spence, to polling that does not accurately reflect what people are consuming.

“Gallup doesn’t go out and ask every single person in America how they are going to work, they select samples they think are representative,” he said. “And that’s what the NYT list is. They get sales reports from certain selective bookstores. They keep it a secret though, who they are.”

This is far from the first time the New York Times bestseller list has been questioned, especially by conservative authors, some of whom were happy to blast the paper when reacting to Knowles’ book.

On the opposite end of the spectrum, the Times has also been accused of promoting liberal authors, despite low sales numbers. Multiple critics questioned the paper’s methodology in 2019 when former Barack Obama adviser Valerie Jarrett made the bestseller list, but consumers found her book ranking incredibly low everywhere else, including at #1,030 on Amazon.

In 1983, ‘Exorcist’ author William Peter Blatty also shone an unflattering light on the Times’ bestseller list when he sued the paper after his book ‘Legion’ – a sequel to his most famous work – was only included on the list for one week, despite making numerous other bestseller lists. Though Blatty’s suit was unsuccessful, the Times did refer to its bestseller list as “editorial content,” saying, “the New York Times is entitled to have its own bestseller list.”