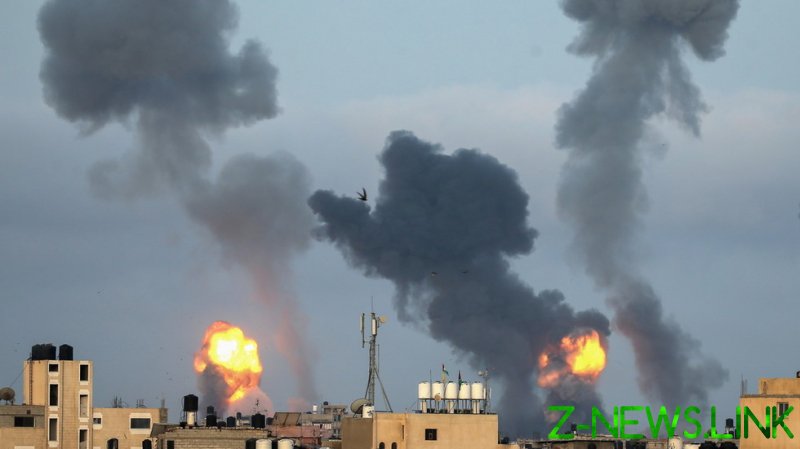 Israel will continue and increase its assault, Netanyahu said in a video address on Tuesday.

Over the past two days, the region has seen a serious outbreak of fighting between Israel and the Palestinian enclave, which is controlled by the Islamist Hamas group. The militants fired dozens of rockets into Israel, while Tel Aviv launched airstrikes against Hamas targets.

While most of the Palestinian rockets were intercepted by Israel’s Iron Dome, a system designed to stop short-range rockets, some got through the air defenses. At least two people were killed in the southern Israeli city of Ashkelon, with more than 30 injured across southern Israel.

According to the Gaza health authorities, Israel’s strikes on the enclave killed at least 26, including nine children, while more than 120 were injured. Israel disputed those numbers, insisting that it killed some 15 Hamas fighters, including some high-profile militants.

The cross-border exchange of fire follows Palestinian protests in Jerusalem that have been ongoing for days. The recent unrest was prompted by Israeli plans to forcibly evict several Palestinian families from their homes in the East Jerusalem neighborhood of Sheikh Jarrah, part of the occupied Palestinian territories, in order for settlers to move in.

The protests came at the end of the Muslim holy month of Ramadan, when thousands of pilgrims had flocked to Jerusalem to pray at the Al-Aqsa Mosque.

Harsh Israeli security measures prompted allegations that Tel Aviv was preventing Muslims from praying, which further fueled the unrest. The protests in Jerusalem’s Old City invoked a heavy-handed response from the Israeli police, who even stormed the Al-Aqsa Mosque, driving back the Palestinians with stun grenades and a hail of rubber bullets.

Days of protests have left hundreds of Palestinians, as well as at least 20 members of the Israeli security forces injured.