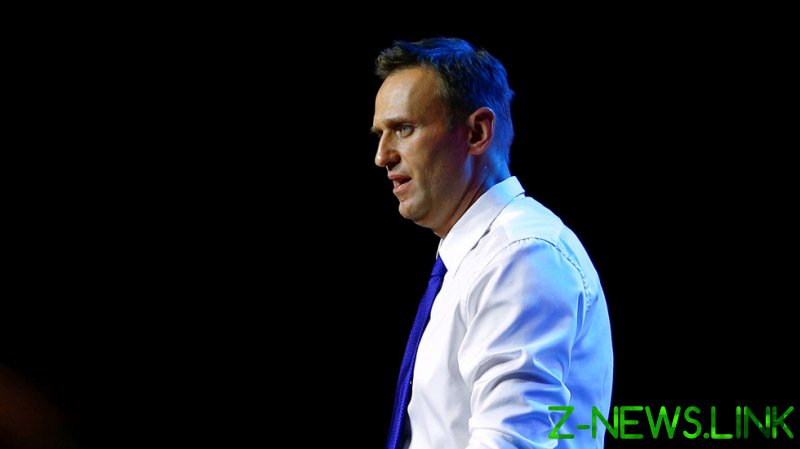 Navalny has risen to prominence internationally over the past six months, widely characterized overseas as a pro-Western liberal democrat who is being persecuted because he represents a popular and genuine threat to President Vladimir Putin’s government. However, polling from Levada, a pollster which has received Western funding and is considered a “foreign agent” in Russia, tells a different story, showing that 56% of Russians disapprove of the opposition figure’s activities (in journalism, politics & activism) with 19% sympathetic to his work.

In the political sense, only 2% of Russians would support Navalny if he were to run for the presidency. By contrast, 56% of voters, 28 times more, are ready to support another term for Putin, if an election were held now.

That said, the president’s relative popularity doesn’t mean there aren’t Russians who have genuine grievances.  These typically involve things that affect the standard of living in the country, like economic security, local infrastructure and environmental issues. Wages and standard of living conditions have stagnated or even decreased in Russia since 2014, because of a combination of factors, including sanctions, increased investment in the military (which was reduced again in 2017), the Covid-19 pandemic, and the government’s decision to continue favoring macroeconomic stability, with relative austerity for average citizens.

A significant number of those polled believe that attending his protests was prompted more by that kind of dissatisfaction than by support for the divisive Navalny; a majority of Russians are opposed to his actions.

Elena Bezrukova, a political scientist at the Russian Presidential Academy of National Economy and Public Administration, found that most of the protest participants she’d interviewed in January gave “standard of living” as a driving force for their participation.

The majority of those she spoke to initially singled out Navalny as the main reason for protesting. “But,” she said, “poverty and low living standards were the most frequent answer to questions about general issues.” In addition, she believes that a combination of factors unrelated to the opposition figure have been driving civil unrest. “People have been affected by coronavirus fatigue, inflation, lower wages and the risk of losing their jobs,” Bezrukova added, “all of which create a general public alarm.”

However, this feeling of unease does not translate into any meaningful desire by Russians to overthrow the government.  Surveys indicate that, although a significant number are willing to voice displeasure with socioeconomic problems, they are much more inclined to sign a petition or to contact local officials than to engage in unauthorized street protests.

In a speech to the Federal Assembly at the beginning of the year, Putin himself argued that there is a legitimate role for community activism in terms of improving life for Russians.

Siberian civic organizer Sarah Lindemann-Komarova has been chronicling the rise of community activism projects – a contrast to the tempestuous kind of change Navalny is seen to represent.  Russian history since the dawn of the 20th century has seen more than its fair share of tumult, including three revolutions, the Stalinist terror, two world wars on its soil, and the utter chaos of the 1990s, when the collapse of the USSR brought the country to its knees. With this background, it is perhaps understandable that Russians are not itching for an overnight revolution.

In the Altai Republic of southern Siberia, where Lindemann-Komarova has lived part-time for years, villagers began sharing their concerns last year with the local government about plans for a hotel on public land near a major riverbank. With no shortage of places for tourists to stay in the area already, many residents did not want their public space carved up.  After succeeding in getting the project canceled, the community members turned to advocating for an activities program for pensioners and a park to be created in a central area of the village.

Though the community has seen positive changes, the project has not been without challenges. This included initial passivity from many of the residents. According to Lindemann-Komarova, “we addressed this by having the Republican Deputies [members of local legislature] conduct training so people understood we have support from higher government officials. This training provided them with knowledge and skills demonstrating that we can be effective and that there are other people ready to be active.” She added that “the group is still small but we have gone from six to 14, which is plenty to really get things going.”

Another challenge was the village mayor, who has held office for 30 years and was said to be accustomed to viewing the village as his personal fiefdom. The community organizers addressed both of these issues by taking a non-confrontational approach, in which proposed changes were framed as a potential win-win situation where the mayor could look good. The philosophy of the organizers is to focus on common ground and convince government leadership that they have a solution that will benefit all concerned.

Despite what many Americans hear about the prohibition on funding from the West, there is actually a fair amount of domestic funding available for Russian programs. Individuals in the community have contributed money and the project organizers expect to receive government grants, as well as possible donations from the owners of a nearby ski resort in the future.

Similarly, the Public Council in the city of Krasnodar is an independent citizen initiative that developed to address the challenges of that rapidly growing city in the Black Sea region. Elena Shuvalova, now Chairperson of the Public Council, described the development blitz in Krasnodar as “too much, too soon, without the requisite infrastructure being planned, like transportation and schools.”

Shuvalova worked with the mayor early on to parlay concern about local government decisions, which did not always consider the effects on local residents, into the development of an independent mechanism for preserving the environment and ensuring accountability.

The Public Council, which now has 20 branches within the city, has successfully lobbied for the preservation of green spaces and old buildings. It oversees a tree-planting program, and is actively working on urban renewal with the Moscow Higher School of Social and Economic Sciences. The project has received significant media attention, and networked with youth groups and infrastructure specialists.

Like the Altai village, the Public Council is flourishing without funding from foreign governments or NGO’s. It has received local government grants as well as cash donations from a major corporation, while local individuals and businesses contribute supplies.

Younger Russians have been somewhat more sympathetic to the Navalny protests, though the majority still viewed them either negatively or with indifference in the aftermath. This underscores how Western liberals should temper their assumptions about Russian youth leading an anti-Putin revolution. Comprehensive surveys from last year showed young Russians to be culturally conservative and fairly apathetic politically. In line with Russian opinion in general, Russian youth support economic security and stronger welfare-state programs.  Speaking to Russian youths in 2015 at youth clubs in Krasnodar and a high school in St. Petersburg,  it was clear they had an interest in peace, economic justice and environmental issues, but not necessarily in political or civil-rights issues.

There’s a reason why figures like Navalny are popular in the West but divisive at home, even among the youth. It is time politicians and commenters abroad realized that Russians are more than capable of deciding for themselves what progress looks like, and how to achieve it.