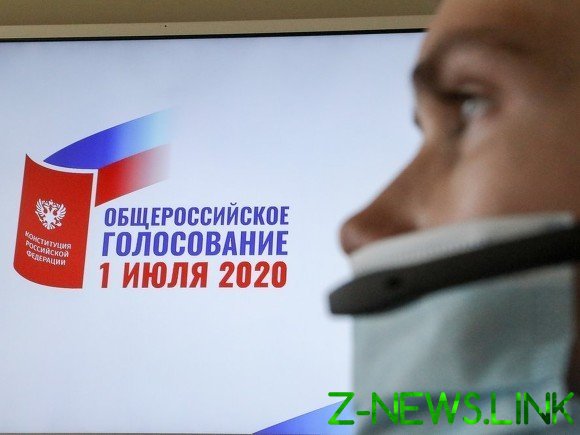 What is 77% of the votes for the amendments to the Constitution?

This is a real national triumph, the victory of the majority, the support of the national leader and the unity that was only after the Crimea, but not for long really. However, you will not see a single person who celebrated the renewal of the Constitution, protect kittens, puppies and piglets, of family values and historical truth. This is a holiday just for one person who wants to rule us for life.

That is, 77% is just numbers. And here they probably celebrate those who created them. Who drove under the threat of deprivation of premiums of workers who have deceived pensioners, who were engaged in calligraphy. They all did the job, drew a picture of popular support for one person. This is no different from how senile Portuguese dictator Salazar, a newspaper printed in a single copy. In Russia in 2020, just this very newspaper did more.

In fact, no value these figures have. Putin’s power became stronger, his plans for life rule since 2011, have also remained unchanged, no restart of the political system will not, repression can become wider, elections are more emasculated. But didn’t we realize it before the vote?

The only thing that happened — Russia has gone the way of some European countries or even some beloved Singapore. She joined a club that already consist of Tajikistan, Uzbekistan, Burkina Faso, Senegal, Burundi and other countries, who were zeroing their dictators. None of them were safe! All the backward countries of the third world. And anyway, under Yeltsin, Russia has joined the G-7, but under Putin, in an informal club with Burkina Faso and Senegal. Now officially. In these countries, too, the picture was created, no one was celebrating, and not even the fact that many voted. It’s just the way the system itself to give the autocrat a life of power.

It is very difficult to say what to do here tomorrow. In my opinion, the first is not to be complicit in villainy. The second is to understand that no dictatorship in the world was not eternal. The third is to understand that Russia is a European country, Russian and European people who, to put it mildly, not the one in Senegal, and even Uzbekistan. Well, finally, the fourth, stay safe, in Russia it is necessary to live a long time. Get ready for a tough marathon, which we started, we continue.