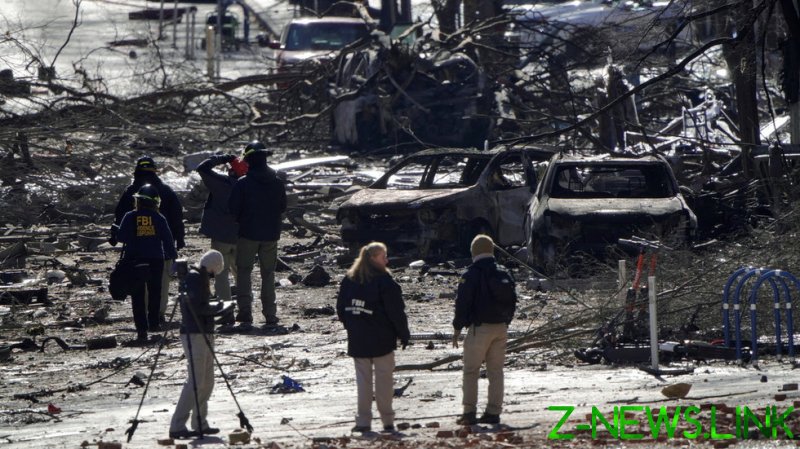 Investigators used DNA evidence gathered at the explosion site and the RV’s vehicle identification number to implicate Warner, following a search at his house in suburban Nashville over the weekend. The 63-year-old Tennessee man is believed to be the only perpetrator, who perished in the explosion, and authorities are not looking for any other suspects.

His motives remain a mystery, with authorities saying it was “still early in the investigation” for a definitive conclusion. Officials have already received hundreds of tips and leads, and keep asking the public for any clues.

Local media reports suggested that among other tips and clues, agents were checking if Warner experienced “paranoia” that 5G was being used to “spy on Americans.”

The explosive-laden vehicle was parked outside an AT&T data transmission center when the bomb went off, knocking out landlines and mobile-phone services alike across Tennessee and in parts of Kentucky and northern Alabama. The explosion also crippled dozens of 911 emergency call centers and grounded planes, forcing state systems to operate on backup infrastructure. Police however said they still did not know “if that was a coincidence, or if that was the intention.”