Home / WORLD / Naomi Osaka’s refusal to take questions from the press is down to her arrogance, not her mental health issues

Naomi Osaka’s refusal to take questions from the press is down to her arrogance, not her mental health issues 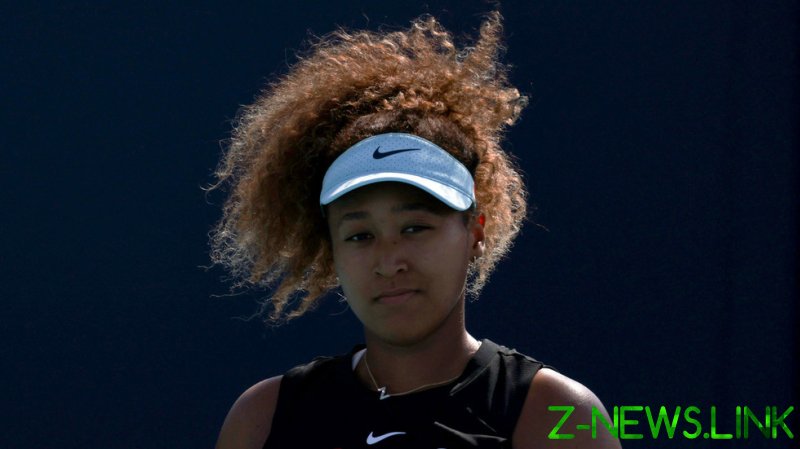 Something has gone seriously wrong when Naomi Osaka, one of the world’s leading sportswomen, insists that she will not take questions from the media at the French Open on the grounds that such news conferences have a negative impact on the mental health of tennis players.

Osaka has not only been ranked No. 1 by the Women’s Tennis Association, she is also a four-time Grand Slam singles champion and the reigning champion at the US Open and the Australian Open. She is by all accounts a robust elite player at the top of her game who has never shied away from speaking out to promote her favourite causes.

She’s certainly not shy about airing her views in public. She has used her fame to promote the Black Lives Matter movement and voiced strong opinions about police violence and brutality. And yet, having entered the fray and thrown down the gauntlet on behalf of her causes, she has asserted that responding to the probing questions of the media is a threat to her mental health.

Indeed, Osaka’s stand against responding to questions is her way to draw attention to a new cause she seeks to promote, which is the precarious state of athletes’ mental health. “I’ve often felt that people have no regard for athletes’ mental health, and this rings true whenever I see a press conference or partake in one,” she has stated.

One would have thought that Osaka, the highest-paid female athlete ever, possessed more than enough resilience to participate in a press conference. After all, since when has the act of responding to the media’s questions become a trigger for mental health issues?

Unfortunately, we live in a world where virtually any form of questioning, criticism of pressure can be framed as a potential threat to one’s psyche.

The assertion that answering questions or having to speak in public is a mental health issue is particularly widespread in the domain of childhood. Any form of criticism or quizzing of young people is regarded as unacceptable by sections of the mental health industry. Many schools have banned the use of the traditional red pen to mark homework “because it’s like shouting and upsets people”.

Mental health entrepreneurs have invented a variety of syndromes and conditions that put young people’s reluctance to speak down to a medical problem. ‘Avoidant personality disorder’ is the term they use to refer to those who are particularly sensitive to negative criticism. And the inventors of this disorder claim 1% of the world’s population suffers from it.

‘Rejection sensitivity dysphoria’ is another attempt to pin the challenge of human communication on a medical condition. Its originators claim people with this mental health issue experience an overwhelming emotional response to real or perceived rejection, criticism, judgment, or being left out. In other words, it reframes the normal pain and disappointment of life as a psychological problem.

And have you heard of ‘presentation anxiety’? According to the UK’s Oxford Brookes University, performing in front of students and lecturers and “speaking in public can unsettle or frighten some students”. Well, we all know this is so, but, until recently, universities did not feel the need to give it a diagnosis.

In recent times, the medicalisation of probing questions in classrooms and university seminars has gone upstream to the world of adults. Adults, including elite athletes, have embraced this infantilised narrative. Serena Williams burst in tears and left her Australian Open news conference after her defeat by Osaka in February, for instance.

Britain’s Johanna Konta was frustrated by questions challenging her big-point mentality after a Wimbledon quarter-final defeat in 2019. She indicated that she felt “picked on” and that the questioning was “disrespectful and patronising”.

It’s understandable that athletes feel emotionally raw after they experience defeat. But should we really be treating them like children who cannot deal with disappointment?

The willingness of some elite athletes to infantilise themselves is in part influenced by the power of psychologically informed cultural norms. However, their willingness to use mental health as an excuse to evade pressure is the other important factor at play.

When Osaka declared, “I won’t subject myself to people who doubt me”, what she meant was that she was unwilling to leave her criticism-free zone. Her refusal to speak to the press is motivated by arrogance and the refusal to be held to account. And the fact that her sentiments resonate with sections of the athletics community serves as a testament to the corrosive influence of the therapeutic culture.