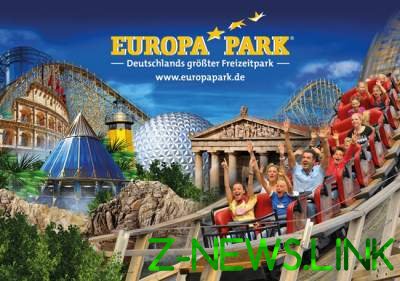 It was the fourth victory the Europa Park.

The best amusement Park in the world fourth time in a row is the Europa Park in Germany.

American Quassy Amusement Park hosted the twentieth, a ceremony of awarding the best amusement parks and attractions. Of the 23 nominations Golden Ticket Awards-2017 the main course is the “Best amusement Park”. This year it received the title of Europa-Park, located in the German city of rust. The Park has received this award also in 2014, 2015 and 2016.

The winners of Golden Ticket Awards traditionally are defined by the journal Amusement Today, which sends about 500 ballots to fans of theme parks from around the world. Voting is conducted by more than twenty categories — from the most delicious dishes to clean parks and best carousel. At the moment, the Europa Park is the first and the only European Park to ever receive this award. As noted by the German edition, he again became the winner with a wide range of attractions and activities for all ages, as well as moving forward constantly, introducing new objects, activities and meanings.

Add that Europa Park is the second most visited amusement Park in Europe. Every year, the time of about 5.5 million people. Numerous attractions are located in 16 thematic sections of the Park, representing 13 European countries, among which are Russia, and 3 thematic sections – the Enchanted forest, Children’s world and the Kingdom of lilliput. On an area of 90 hectares is located around 100 attractions, including 12 roller coaster. New Park —journey through virtual reality Coastiality.

Among the other winners of Golden Ticket Awards 2017 highlight American Park “Dollywood” in Tennessee, which received awards in the categories “Best of show” “Best food” and “Friendly Park” and Valhalla at Blackpool Pleasure Beach in England – “Best water ride” and SeaWorld Orlando in Orlando – “the Best marine Park”.