Named the number of dead Ukrainians during the Second world war 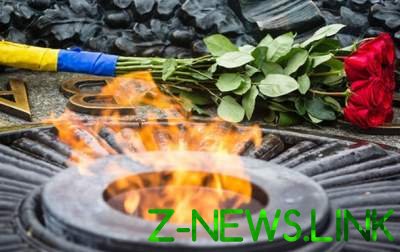 During the Second world war in General were killed 65 million people, of which up to 10 million Ukrainians. On Thursday, may 9, said the President of Ukraine Petro Poroshenko in his Twitter.

“74 years ago, on our continent, silent shots of the bloodiest in the history of mankind war. 65 million killed, of them Ukrainians – from 8 to 10 million Today, we remember those who gave their lives to stop Nazism and defended the future of humanity. Eternal memory and glory to the fallen”, – stated in the message.

See also:  Ten of the world's most beautiful waterfalls. Photo

As you know, in Ukraine on may 9 to celebrate the victory Day over Nazism in the Second world war 1939-1945.

In this day there are celebrations in the capital and other cities of Ukraine.

As reported, today President Petro Poroshenko laid flowers at the tomb of the Unknown soldier.