Named a huge sum allocated for repair of roads in Ukraine 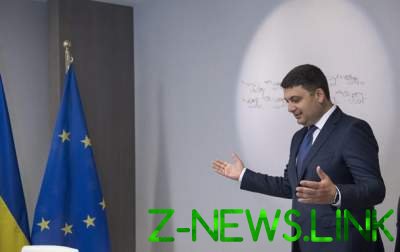 The Prime Minister promised to punish the poor maintenance of roads.

Total funding for roads this year will reach 47 billion, which is a record. This was stated by Ukrainian Prime Minister Volodymyr Groysman.

The Prime Minister instructed the Ministry of infrastructure and Ukravtodor state Agency to proceed with the planned repair and construction of roads. Thus, according to him, in 2018 the total amount of financing of road works will reach a record $ 47 billion.

“We need to conduct a survey of already constructed roads and, if necessary, to prosecute those who did the job poorly,” – said the Prime Minister.

Note that the plan of repair of roads takes into account the rehabilitation and construction of roads of local importance and national importance. Also we are talking about the construction of the road Lviv – Ternopil – Kherson – Odessa, which will connect the Western border with the ports of Ukraine, and also on several other important roads, including members of the international transport corridors in the East and South.