In Naftogaz believe that the problem is “only” that Russia does not comply with the arbitration award.

Naftogaz of Ukraine considers two already settled the dispute with Russia’s Gazprom, resolutions by which adopted by the Stockholm arbitration.

This was stated by chief commercial Director of Naftogaz Yuriy Vitrenko on his Facebook page.

“Putin said that Russia is ready to keep gas transit in case of dispute settlement between companies in the Stockholm arbitration. First, two of the dispute (according to the gas supply contract and the gas transit contract) between Gazprom and Naftogaz was already resolved in arbitration. The problems “only” in the fact that Gazprom does not fulfill the decision of the arbitration does not supply gas to Ukraine at prices that are determined by arbitration, and pays us $2.6 billion compensation determined by arbitration”, – said Vitrenko.

In addition, he assured that Naftogaz is ready to settle and a new dispute concerning revision of the transit fare, which recently appealed to the Stockholm arbitration. Vitrenko reminded that Naftogaz currently requires Gazprom $12 billion by filing a third claim to arbitration:

“We are confident that we have a strong legal position – the contract expressly provides for our right to revise the transit tariff” – says Vitrenko.

According to him, the third resolution of the dispute through arbitration may be held before the end of 2020, while the transit contract between the companies ends on 31 December 2019.

“Are Gazprom and Germany to stop the construction of Nord stream 2 before the end of the new arbitration?” asked Vitrenko. 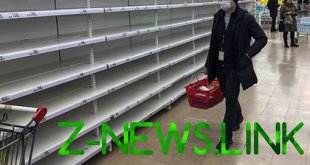