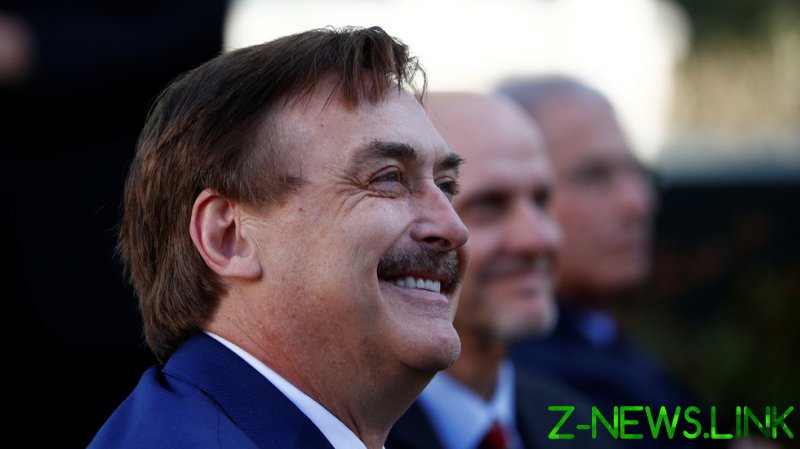 Lindell, famed as the rare man who could profit politically on pillows, was booted from a Republican Governors’ Association event on Tuesday night, despite being friendly with many of the attendees, and was warned he’s no longer welcome at future governors’ events, after he vowed to challenge two governors there, about their voter-fraud views.

“These events are for [Republican Governors’ Association] members, and Mike Lindell is not currently an RGA member,” an anonymous source told HuffPost on Tuesday, after the political pillow purveyor attempted to collect his credentials at the Nashville gathering. While it may not have been technically true that Lindell was not a governor, Republican or otherwise, aspiring governors and retired governors – as well as their friends and family, political commenters, and other figures on the Right – regularly show up at such events. Lindell has attended previous RGA events and has even been encouraged to run by fellow attendees, including former president Donald Trump himself.

Commenter Todd Starnes confirmed to Twitter that Lindell’s VIP credentials and attendance pass had been revoked. He was also barred from the event diner at the Tennessee Governor’s Mansion, accessed via private transportation, another RGA official told Politico. Lindell apparently announced upon learning he was not welcome at the conference that he would be departing that night instead of staying the whole three days.

Lindell may have been given the boot for his plans for the night, which, as he told former Trump campaign chief Steve Bannon, one of his dwindling political allies, included confronting Governors Brian Kemp of Georgia and Doug Ducey of Arizona concerning alleged voter fraud in their states. Neither had come out on his side concerning voter fraud, which Lindell was certain was the cause of Trump’s apparent failure to hold the White House in November.

After much wailing and gnashing of teeth, Arizona’s Maricopa County is conducting a third recount, including a hand count of the vote, an expensive process whose funding and integrity have both been challenged – by CNN, no less. Georgia, too, underwent several recounts across the state, unearthing several hundred votes in favor of Trump but not turning up enough to change the results, according to local elections executives, at least.

Neither state went to Trump in November, leading Lindell to speculate they had been victims of a sophisticated voter fraud system devised by Dominion Voting Systems, which, Lindell alleged, had developed a technology capable of switching votes for one candidate to votes for the other – a hypothesis he has not let up on for five months. Lindell was even sued for defamation by Dominion, which demanded he cough up $1.3 billion – only for Lindell to file a countersuit demanding Dominion dismiss its own suit, arguing it was an effort to silence his free speech.

Lindell continues to insist Trump will be back, declaring in a March interview that “Donald Trump will be back in office in August” and hinting he has “massive” evidence of voter fraud from the 2020 election. In an apparent effort to buttress his credentials, Lindell shared a screenshot of an apparent RGA calendar event, including files titled “Nashville Agenda.pdf” and “RGA – Nashville meeting” as well as a schedule for the conference marked “confidential.” Perhaps fortunately, given his inability to access the Thursday events, Lindell had already planned to leave Nashville after confronting the two governors.