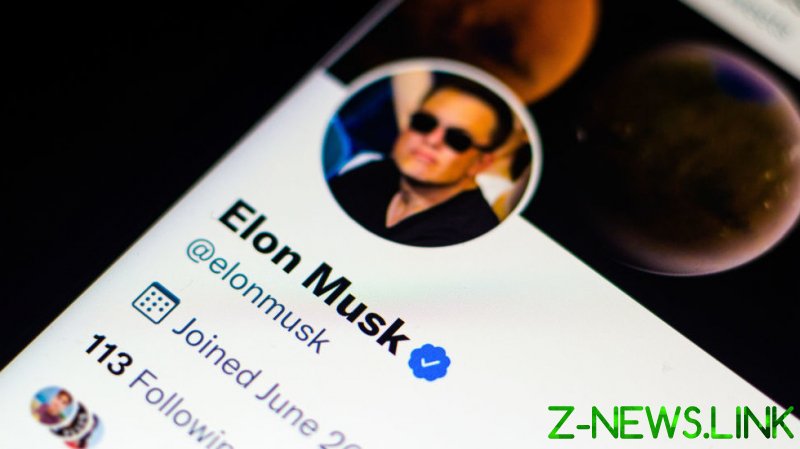 “I don’t believe that the proposed offer by Elon Musk  ($54.20) comes close to the intrinsic value of Twitter given its growth prospects,” the prince tweeted, referring to Musk’s offer to buy out the company at $54.20 per share, or $41 billion.

“Being one of the largest & long-term shareholders of Twitter, [the Kingdom Holding Company] and I reject this offer.”

Al Waleed and the Kingdom Holding Company – a conglomerate which is 95% owned by the prince – bought just over 5% of Twitter’s shares in 2015, back when the platform had far fewer users outside the US.

Musk, however, is Twitter’s top shareholder. After repeatedly questioning the platform’s censorship and content moderation policies, the Tesla tycoon announced earlier this month that he had purchased a 9.1% stake in the company. Musk then turned down a seat on Twitter’s board, clearing the path for him to mount a hostile takeover attempt.

That attempt came on Thursday, with Musk declaring $54.20 per share to be his “best and final offer,” and threatening to “reconsider” his position as a shareholder should Twitter decline to sell. Such a series of events would likely send the company’s stock price into a dip.

“I invested in Twitter as I believe in its potential to be the platform for free speech around the globe, and I believe free speech is a societal imperative for a functioning democracy,” Musk wrote in a letter to the firm’s board. “However, since making my investment I now realize the company will neither thrive nor serve this societal imperative in its current form. Twitter needs to be transformed as a private company.”

Musk has criticized Twitter’s censorship policies before, leading some conservative pundits to suggest he buy the company and implement the changes he claims are needed. Now, with Twitter’s board meeting on Thursday to consider his offer, liberal pundits have taken to Twitter to complain about the pro-free-speech policies that Musk could implement should his takeover bid be successful.