Home / Incident / Murder in the entrance of the Dnieper: new details

Murder in the entrance of the Dnieper: new details 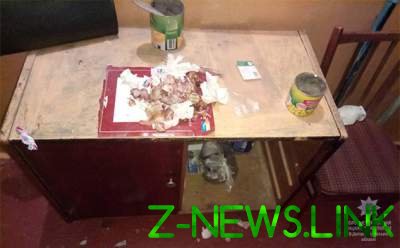 The suspect in the murder man surrendered to the police.

In the entrance of one of houses in the housing estate Topol was killed by a man. Murder suspect himself called police and surrendered. It was them 42-the summer inhabitant of the city.

From the story of the accused, it became known that the victim and the suspect. The day of the murder the men wanted to meet in the porch to drink beer and eat fish. At that time, when preparing the so-called “festive table”, the men quarreled and a fight ensued.

One of them swung a knife at the other and stabbed him in the heart. According to defendant, he just wanted to scare a friend and was aiming for his leg.

On this fact the criminal proceedings as regards 1 article 115 of the Criminal code of Ukraine (premeditated murder). The man is detained as article 208 Criminally-the procedural code of Ukraine. It elected a measure of restraint in form of detention.

For murder to the man threatens from 7 till 15 years of imprisonment.