MP Sobolev can deprive of immunity 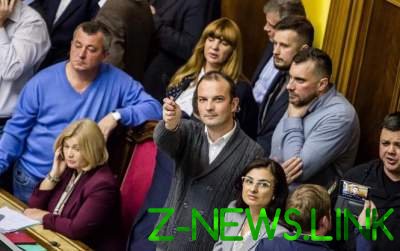 Yegor Sobolev and can be enjoyed the idea of the abolition of immunity, said Lutsenko.

The Prosecutor General of Ukraine Yuriy Lutsenko said that may be filed for representation in the Verkhovna Rada on removal of inviolability from the people’s Deputy faction of Samopomich Yehor Sobolev.

“As soon as we have the facts that directly indicate the fault of the MP, I certainly can’t rule out the idea of the abolition of parliamentary immunity”, – said Lutsenko.

In the opinion of the attorney General, Sobolev fault is compounded by the fact that he “has positioned itself as the organizer of everything that took place under the walls (BP – ed)”.

He also added that the Sobolev beaten by one of the participants of the rally, a veteran of the ATO that, in his opinion, characterizes him as an organizer of the rally, “which permit to put up tents only to particular individuals, and to protest only with their determined goals and methods”.

Lutsenko said that he was surprised that MPs, the organizers, did not apologize for the actions of those who beat law enforcement officers, deputies and former members of ATO.

On 17 October in Kyiv under the building of Parliament there was a major rally in support of a broad political reform. Among the demands of activists is the abolition of parliamentary immunity, the creation of an anti-corruption court and open party lists in the elections.