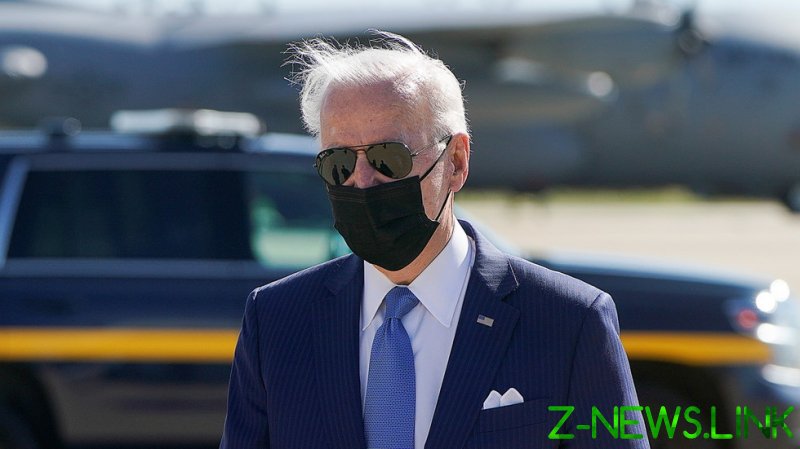 As the southern border in the US deals with historic surges in migrant crossings, 57 percent of Americans revealed they disagree with the way the current administration is handling the situation, according to a new ABC News/Ipsos poll.

The president holds most of his approval within his own party as only 33 percent of respondents who identified as Democrat said they disapproved. A vast majority of Republicans (89 percent) disapprove, while 54 percent of Independents would like to see a change.

A majority of Americans (54 percent) also see the situation as a “crisis,” wording White House officials have sidestepped multiple times.

Biden had faced increased scrutiny over crossings at the border, especially when it comes to unaccompanied minors, many of whom are reportedly being kept in overwhelmed facilities days after the federal mandate of 72 hours.

Biden scored high marks for his handling of the Covid-19 pandemic and vaccine distribution, but he also fell short in the area of gun violence, where a majority also sees the White House lacking.

Following multiple deadly shootings, including one in Colorado and another in Texas, Biden has faced pressure from Democrats to enact stricter gun laws, while Republicans have pushed back against such potential legislation.

According to the poll, 57 percent say they disapprove of Biden’s handling of gun violence. Biden still holds the most support on the issue among his own party, with 37 percent of respondents who see themselves as Democrats disapproving. A whopping 89 percent of Republicans disapprove, as well as 54 percent of Independents.

Americans were most split when asked whether Biden has succeeded in “uniting” the country, a promise he made multiple times when pitching himself against former President Donald Trump.

Only 30 percent of respondents said Biden had succeeded in the area, while another 30 percent said he had not. Another 40 percent took a neutral position on the question.

The Ipsos poll was conducted among over 500 adults and has a margin of error of 4.9 points.