Home / policy / Mosiychuk made the first announcements about the attack

Mosiychuk made the first announcements about the attack 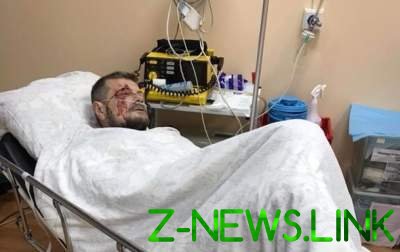 MP was successfully operated and he made the first announcements about the incident.

MP from the Radical party Igor Mosiychuk, who was injured in the explosion in Kiev, successfully underwent surgery, reported the press service of the politician in Facebook.

Doctors can one assess his condition as moderate. The MP was transferred to intensive care and he came to.

Mosiychuk was transferred to publish his statement, which claims that the masterminds of the assassination attempt on him in Russia.

“I think the customers sitting in Moscow. Performers Kiev. It is possible that the agents in the Patriotic environment. This is the first attempt on a statesman of such level in Ukraine”, − said the injured Deputy.

He noted that he remained alive only thanks to the dead guard Ruslan and expressed condolences to his family.

About your condition Mosiychuk reported that he had “struck the right side”.

“The operation was successful. Around the perimeter of the hospital guards exhibited. Thanks to everyone who was worried,” informed the MP.

We will remind, in the evening of 25 November in the center of Kiev there was an explosion in which was wounded the Deputy Mosiychuk. According to reports, when he came out of the room espresso TV channel were blown up parked next to a motorcycle mounted with a explosive device.

The incident injured four people, including the Chairman. His bodyguard died on the way to the hospital.

The interior Ministry reported that the explosion in the center of Kiev classified as a terrorist attack and its investigation will be engaged in the SBU.