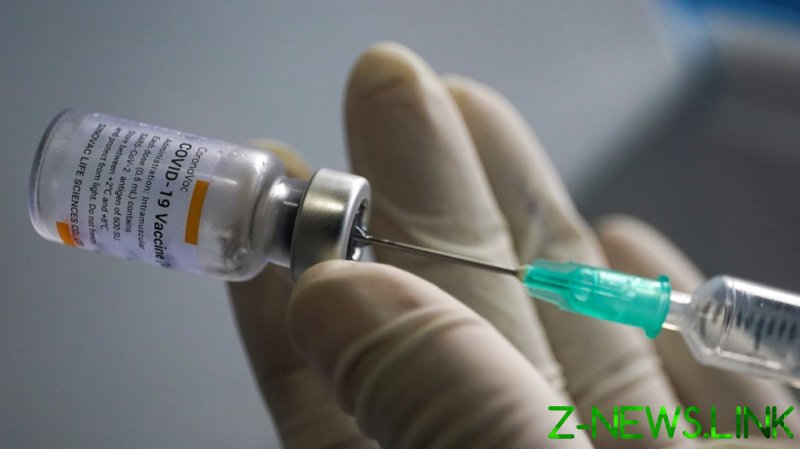 While President Joe Biden’s administration already moved ahead with its booster announcement last month – with Biden stating that all American adults should receive a third dose within eight months of their second shot beginning September 20 – US health agencies have said the move could be premature, as they have yet to approve universal boosters for any of the three jabs used in the country.

During a White House meeting earlier this week, the heads of the Food and Drug Administration (FDA) and Centers for Disease Control and Prevention (CDC) told officials their agencies may be able to recommend boosters for the Pfizer vaccine alone sometime in the coming weeks – and possibly only for certain recipients at that – according to a Friday report in the New York Times and corroborated by Axios.

The briefing from the agency heads suggests Biden’s September rollout date could have been set too early, not allowing enough time for regulators to authorize third doses for the other inoculations.

Asked about that meeting on Friday, a White House spokesman told the Times that “We always said we would follow the science, and this is all part of a process that is now underway,” noting that the Biden team is seeking a “full review and approval” for boosters.

While the FDA, CDC and other top health agencies have publicly backed Biden’s booster plan, citing waning vaccine-induced immunity in the US, acting FDA head Janet Woodcock has expressed reservations in private, according to sources cited by the Times. In one closed-door discussion, Woodcock reportedly said it was “risky” to put a hard date on the booster campaign before regulators had an opportunity to look through the data.

Further controversy was stirred over the booster debate earlier this week after two top FDA executives involved in vaccine research abruptly resigned their posts, reportedly in protest of a number of federal missteps, with Biden’s premature booster announcement apparently the last straw.

US health officials have vacillated on the question of additional vaccine doses in the past. In July, top White House Covid-19 adviser Anthony Fauci suggested it was far too early to discuss boosters, even noting that Pfizer CEO Albert Bourla had apologized to him for publicizing the company’s work on boosters at such an early stage. Just a few weeks later, however, Fauci changed his tune, arguing that all Americans would “inevitably” need extra doses, explaining that many vaccines lose effectiveness over time – a factoid he apparently forgot to mention in more than a year of regular public appearances prior.

Pharmaceutical firms stand to reap a massive windfall from a booster drive, while Pfizer’s Bourla has gone even further, floating the idea of regular, yearly Covid-19 immunizations. Between Pfizer and Moderna – the top two vaccine producers in the US – $50 billion in coronavirus jab sales are expected this year alone, according to Reuters. That figure does not account for the millions of additional doses that would be produced and sold as boosters, which will be sure to further juice Big Pharma’s already-massive pandemic profits.