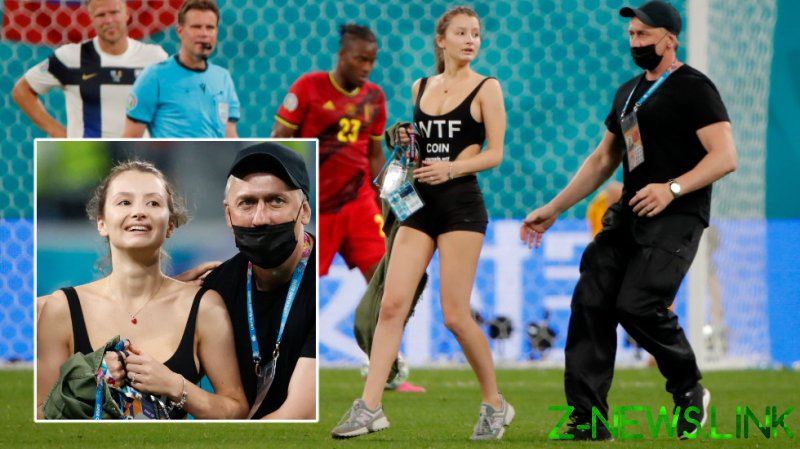 The lightly-dressed daredevil was described as “sexy” by some fans as they spotted her casually making her way to the halfway line during the game at the Gazprom Arena.

Weaving between players from either side, the intrepid exhibitionist was brandishing the name of a firm dealing in the rapidly growing market of digital currencies.

She was soon willingly marched from the pitch by stewards, with some fans complaining that the cameras had cut away from the eye-catching action. 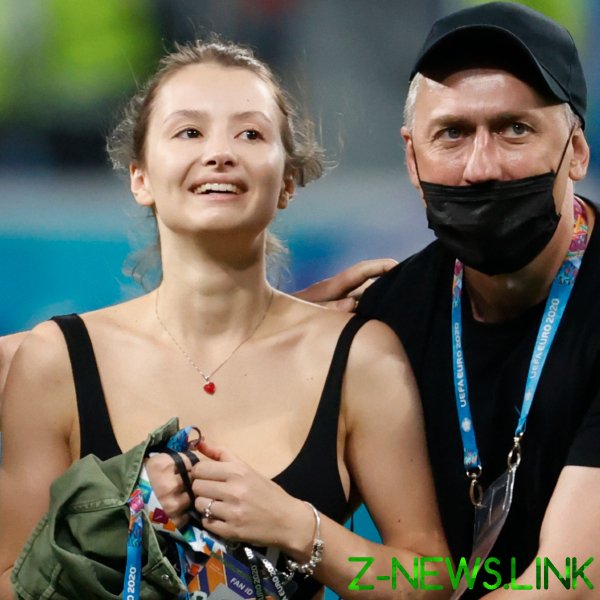 “Barely anything of the pitch invader just then at Belgium Finland game, yet a player fighting for his life on the pitch… it just doesn’t make sense,” lamented one onlooker, refering to the UK TV coverage of Christian Eriksen’s ordeal with Denmark, which earned derision for treatment that was widely regarded as tasteless.

Another joked: “Poor movement from the pitch invader in the Finland Belgium game – they’re possibly injured.”

Top-ranked team in the world Belgium labored to a late victory thanks to a Lukas Hradecky own-goal and Romelu Lukaku’s 81st-minute second.

Roberto Martinez’s side have reached the round of 16 as clear title contenders, while Finland could join them should they prove to be one of the best third-placed finishers.