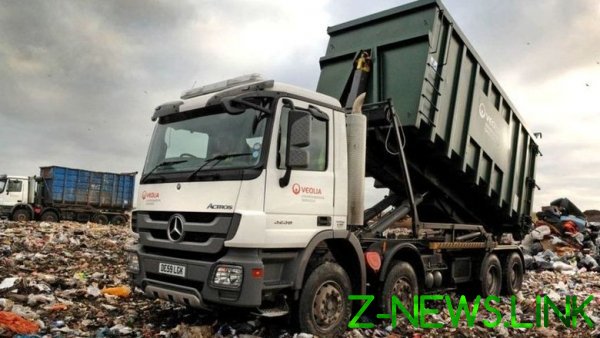 Most of all for garbage collection in Russia, they pay the residents of the Krasnoyarsk Taimyr Peninsula — 2.5 thousand rubles per cubic meter.

These data are reported by RBC, citing information from the auditing and consulting network Finexpertiza. Garbage statement here and in the other four technosonic region since the new year is the company “Rosttekh” (not to be confused with the state “Rostec”), which is owned by businessman Yevgeny Shepelev. Despite the high cost of tariff, quality of service leaves much to be desired, writes Daily Storm.

In the beginning of year in Krasnoyarsk, the government decided to postpone the launch of the so-called “trash reform” in four technological areas. In region 19. In mid-January from the head of the regional Cabinet of Yuriy Lapshin made a statement that in some areas there are no opportunities for the realization of the project.

Local residents complained about the lack of a sufficient number of containers to which had to go to the trash.

At the same time, rallies were held, the participants of which demanded to postpone innovation until in the region all conditions for the implementation of the new scheme of export and recycling of municipal waste.

The company “ekoresurs” has offered the project of Technopark of the full cycle, which would help the region to prepare for the innovations. Suggested the creation of an enterprise receiving waste, sorting, recycling and disposal. The opening of the landfill were appointed in 2017, and to complete the construction was planned by 2019-mu.

Sounded very promising. At the stage of documentation development Technopark presented the environmental award that bears the name of academician Vernadsky.

The Treasury of the territory the miracle performing would cost 1.6 billion rubles. However, in fact, people protest against the garbage of the reform, and on-site construction of the Technopark all also the wind howled. However, the regional Rosprirodnadzor still made a polygon which is not in the state register, where he is listed as property and waste management.

See also:  It became known, how much money to allocate for repair of roads of the Donetsk region

At a time when the project was proposed, “ekoresurs” headed by Yevgeny Shepelev, called the local “junk king“. His company “Rosttekh” at the moment is garbage collection on the Taimyr Peninsula at the highest rate. The regional operator also covers Zheleznogorsk, Krasnoyarsk right Bank, Norilsk and Turan technological areas of the region.

The struggle to junk the market has turned in Krasnoyarsk three years ago, “ekoresurs” became one of its main participants. Then the Siberian metropolis just a few firms. We are talking about “Clean city”, “Autospecas” and “Of”.

For the latter, not having their landfill, colleagues and competitors has made it difficult for fully or partially closing the access to its landfills, which ultimately forced the “Of” to leave the city. On the firm “Bachman”, which is owned by the same Shepelev, and which declared itself as about “the main carrier of wastes in Krasnoyarsk” serving four thousand houses.

It turned out that the address of “Bachman” coincides with the data structure “Utilities and construction”, which covered the service over 80% of local housing stock and in the beginning of 2016 were redeemed “Ekoresurs“.

Another firm who wanted to be in the status of a regional operator, was a “Clean city”. The beneficiary – owner Sarkis Muradyan. He owns one of the largest concert halls in Siberia and the Urals — “Grand Hall”.

Here is to expel the competitor as “Of”, would not come out, it was necessary to involve the administrative resource in the form of numerous inspections.

A plant for sorting garbage in the “Clean city” was, but the polygon in order to qualify for regional status was not. Place for its construction the company is found in the Emelyanovsky district, where there is going to equip the Technopark “ekoresurs”. It was then that the “Clean city” started the problem.

See also:  In St. Petersburg closed the dam because of the threat of flooding

First Solontsovskogo the village Council challenged through the Prosecutor’s office of his decision on the allocation of construction land for the landfill, changing his mind to give the land. Then the firm began to pay visits of representatives of various oversight agencies. In base “SPARK-Interfax” stated that in the period from 2016 to 2017 “Clean city” has experienced six unplanned audits of four spent the Fes and two — Rosprirodnadzor. Despite the fact that in 2015 the company inspectors came only once. Another four planned and seven unplanned audits from the environmental Prosecutor’s office, writes the local edition “Prospekt Mira”. As a result, has opened two criminal cases, has written six adminpraise and filed eight lawsuits.

In the end, to build a polygon the company is not given in the beginning of 2017 was stopped and the work of waste sorting plant. The company “ekoresurs” from 1 January 2019 has received the status of regional operator of the right-Bank part of Krasnoyarsk and four Technoton.