Moment of madness: ILLEGAL KNEE costs Petr Yan title as he is disqualified against Aljamain Sterling at UFC 259 (VIDEO) 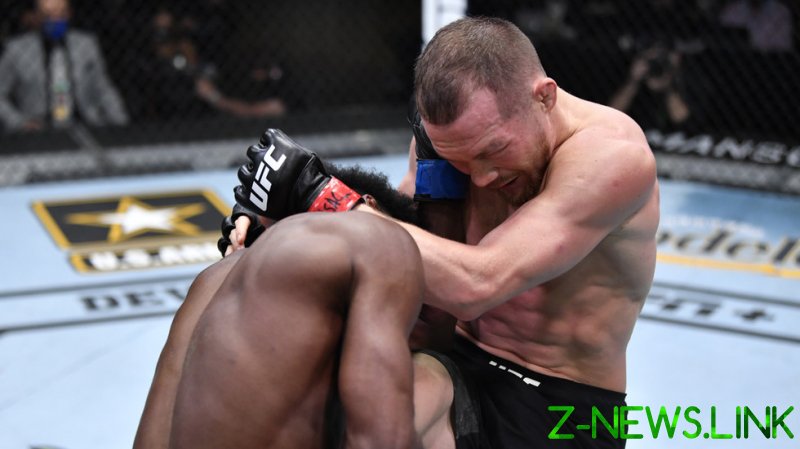 Yan was ahead on two of the three scorecards in Las Vegas and was in the ascendency before a moment of madness as he caught Sterling with a knee as the American was on one knee on the canvas.

A dazed Sterling was given time to recover but was ultimately unable to continue, with the contest being waved off by referee Mark Smith. The move from Yan was ruled intentional and Sterling declared the new 135lbs champion.

The incredible conclusion came after a fight which had largely lived up to the hype between the two best in the world at 135lbs.

Sterling had pressed the pace early on, forcing Yan to eat a flying knee amid a frantic start from the challenger.

Yan had weathered the storm however, reminding Sterling of his own power by dropping him with a guided missile of a right-hand as the champion appeared to shade a close opening round.

The second round was relentless and just as tight as both men continued to threaten.

Round three saw the pace slacken as Yan edged into the ascendency. Notably, the Russian champion seemed untroubled by Sterling’s takedown threat, which before the fight the American had proclaimed would be his biggest weapon. 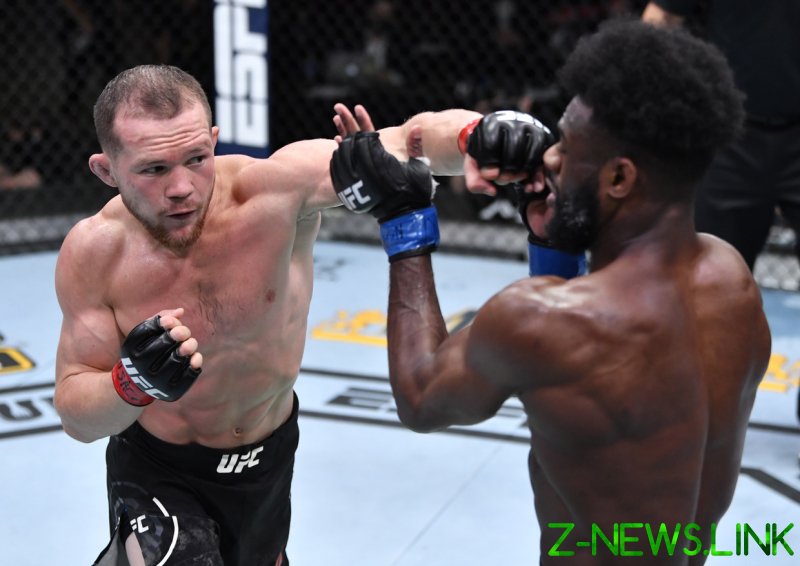 Yan had been the more dominant before the stoppage. © Zuffa LLC

Into the championship rounds and Yan looked the fresher, landing the more significant strikes and again dealing adroitly with tired takedown attempts from his rival.

Then came the moment of carelessness which would cost him his title in his first defense of the belt, as he sent his knee to Sterling’s head in a blatantly illegal move, the motives for which will now be argued over.

On being handed the belt, Sterling threw it on the canvas in apparent disgust as he said he would run it back with Yan to a more satisfactory conclusion.

The defeat will be a bitter one for Yan, and was the 28-year-old Siberian’s first loss in his eight fights in the UFC octagon.

According to UFC statisticians, it was also unwanted history for the Russian as he became the first fighter to lose a title through disqualification.