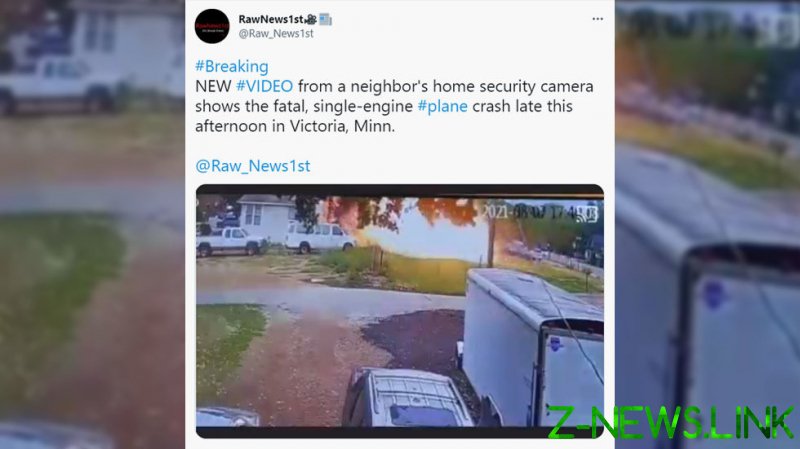 The destroyed aircraft was a single-engine Mooney M20, which had taken off from Alexandria Municipal Airport, according to the Federal Aviation Administration. It was on its way to Flying Cloud Airport, in Eden Prairie, when it crashed into an empty lot next to a residence.

Footage of the incident filmed by a neighbor’s security camera showed the plane impacting the ground at high speed and bursting into flames. The crash landing and fire happened outside a house in Rose Street in Victoria, a city on the southwestern outskirts of Minneapolis.

The local authorities closed the nearby Highway 5 in both directions as a large response operation was mounted.

Carver County Sheriff’s Office confirmed multiple fatalities, but disclosed neither the exact number nor the identities of the victims, pending an autopsy by the Medical Examiner’s office. A Mooney M20 can carry up to three passengers and requires a single pilot.

The house in question was occupied at the time of the incident, but none of the occupants – reportedly two – was injured, officials said.

Witnesses said the plane appeared to be out of control and fragmenting in flight before hitting the ground. Some of the debris, including a wing, landed on the other side of Highway 5.