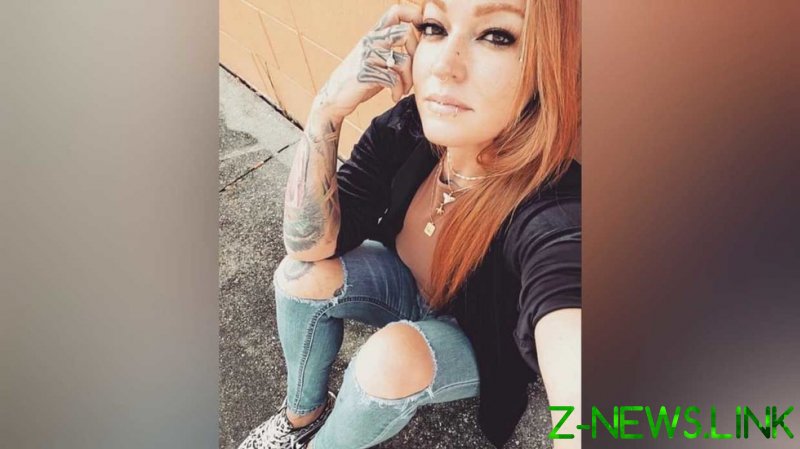 Philip Keller, aged 39, compiled a 2-6 record as a brawler, and most recently competed for Titan FC on three occasions from August 2019 to September 2020.

On May 15, at around 11:13 AM, Keller allegedly called 911 to report that his fiancee – Alicia “Red” Campitelli – was dead while someone had possibly broken into their apartment in Merritt island.

“[He] reported that Campitelli was not conscious and not breathing, and then disconnected the 911 call,” Brevard County Sheriff Wayne Ivey said.

“I killed her, bro. I killed her high as [expletive]. I did it. I don’t know how I did it, but I can’t live with myself knowing that,” Keller is recorded saying, detectives insist.

“I did it. I’m so (expletive) sorry, man,” he reportedly told the friend, in addition to admitting to being on MDMA and disposing of the murder weapon – which he shot her in “cold blood” with twice – in a barge canal located off Courtenay Parkway in the northern reaches of Merritt Island.

After listening to the confession, while the local community mourned Campitelli’s loss, deputies went after Keller – who reportedly jumped into a creek before being arrested.

Charged with first-degree premeditated murder, Keller is currently being held without bail after appearing before Judge Benjamin Garagozolo Friday afternoon at the Brevard County Jail Complex.

His next appearance in court will be in front of Judge Thomas Brown on Monday, June 17 for arraignment at Viera’s Moore Justice Center, where he could be sentenced to life in prison or even the death penalty.

Posts across social media with the hashtag #JusticeforRed voiced concerns about the nature of Campitelli’s death leading up to Keller’s arrest, with friends revealing the couple were planning an August wedding.

But Misti McDermott, one of the leaders of the justice campaign, said his apprehension will do little to mend her broken heart after “waiting for what felt like forever” for progress.

“[I’m] grateful that there will be justice after all but [there’s] a sickening reality punch in the gut that this is real,” she remarked, of a friend who “was proudly over five years sober” and “an advocate for recovery”.

At a vigil Saturday night, Campitelli coworker Rosy Laboy said “I knew how much she loved him, how much she trusted him. And I was just heartbroken.”

“It’s that type of beautiful person that you come across very few times in a lifetime. Her love and her light are going to be with us forever, because she left that for the world, to share with us.”

“I hope that this brings a moment of togetherness, and people can see how much she was loved. How many people she touched,” it was concluded.