Home / economy / Minsk vs Moscow: Lukashenko figured out how to get rich on Russian oil

Minsk vs Moscow: Lukashenko figured out how to get rich on Russian oil 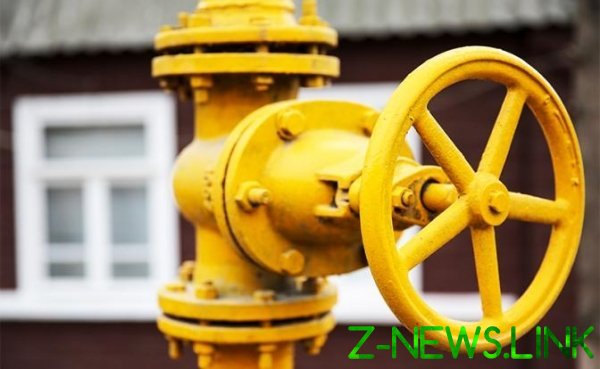 Belarus harvested nearly a quarter to raise tariffs for the transit of Russian oil through its territory. This was stated by the President of “Transneft” Nikolay Tokarev. The question how Belarus proposes to increase the tariff, he said: “as I understand it, is 23%, but this is a negotiating position, which requires refiners”.

According to the President “Transneft”, the proposal to increase the rate of pumping through the pipeline “Druzhba” — the usual procedure.

“We have the methodology agreed rate, and now the negotiation on this in the government,” he said, adding that “an increase of 23% is negotiating position of Minsk, and “quite controversial”.

Tariffs for transit of oil via main pipelines in Belarus are regulated by the intergovernmental agreement from 2010, which allows for scheduled and unscheduled revision of tariffs.

For extraordinary revision of the Belarusian organizations of pipeline transport shall be offered reasonable proposals, after which they are passed for approval to Russia. If you are unable to reach agreement on the amount of increase, the new rate is determined by the competent authorities of countries (in particular, the FAS Russia) with the participation of transport companies.

We also recall that since the beginning of year the Russian government has begun to end the so-called “tax maneuver” in the oil industry. The reform involves the reduction of export duties on oil from the current 30% to 0% over six years, starting in 2019, while increasing the tax on mineral extraction (met) on oil in the next three years. Because of this, Minsk is deprived of the considerable profits from oil taxes when selling Russian oil abroad.

— It is known that the presence of any of the country’s natural resources, especially oil and gas, corrupting its elite, — said the Director of the EEU Institute Vladimir Lepekhin.

The last stop thinking, or rather — begin to think only in one direction: how to sell more hydrocarbons abroad and to make this more pipelines. But even more corrupting “raw needle” elite transit States. In Syria, a part of the elite, who wanted to get income from laying on this country Qatari gas pipeline staged a civil war, was nearly destroyed before the Foundation of this ancient country. In Ukraine, the fight of oligarchic clans for the pipe (free surplus) led to the “Maidan” and the subsequent loss of Crimea and part of Donbass. The same mistake seems to have decided to attack and the Belarusian leadership started to blackmail Russia increase of a payment for transit through its territory of Russian oil.

In a number of its articles on the topic of Russian-Belarusian conflicts of recent years, I wrote that the Russian oil and gas oligarchs, pentaclecats in the 90-ies the best for himself, but unprofitable for Russian agreements with Ukraine and Belarus, has put himself, in fact, to a standstill in economic dependence on these countries. Installing disadvantageous for Russia (but profitable for the managers and owners of Russian hydrocarbon companies) agreements providing extremely low prices for supply to neighbouring countries gas and oil, Gazprom and other similar companies today are reaping a natural harvest: capitalization of “Gazprom” decreases, the losses increase, the competitiveness of this company in the European markets is reduced.

In such circumstances, the keepers of “Gazprom” and the Russian Ministry of Finance are beginning, finally, more or less carefully calculate the balance. Later: Ukraine, and Belarus have brought the issue of settlements for gas and oil transit in the political field.

At the same Belarus today has the potential to modernize its economy so that the share of budget revenues, generated by charging the Russian side for the transit through the territory of Belarus of hydrocarbons, at least not dominated. But depraved of oil and gas a bargain the leadership of this country prefers to operate the old-fashioned way: any decision of Russia and Russian companies to establish more or less reasonable prices for selling gas to Belarus, as well as to reduce certain preferences of the Belarusian partner (for example, oil supplies to the Mozyr oil refinery) it simply increases the cost of transit of hydrocarbons through its territory, citing the different kind of delusions about the growth of environmental hazards, etc. And no matter what most of Belarusian pipeline owned by the Russian side, due to this side contains and modernizarea: are, after all, the pipe on the Belarusian land. And to do it, Russia can not do anything: any Strasbourg or Stockholm court obviously on the side of Russian opponents — in the case that Russian companies will seek protection from Blackmailers in court. Full dependence on Gazprom and Russian oil from transit countries and foreign consumers — that is natural payback for the pursuit of domestic oligarchs as quickly as possible to cash in on the export of hydrocarbons without taking into account long-term trends and interests of their own country.

— It is clear that the Belarusian government unilaterally raising the price of transit, is playing with fire. Have driven into a corner the Russian side of the temptation associated with a reduction in the volume of transit of its hydrocarbons through Belarus and winding up of the partnership priority to the RB in other sectors of the economy, including the closure of the Russian market for Belarusian goods.

Of course, such a development is actively supported in Belarus is Pro-American and Pro-European lobby, concerned not only to destroy the Union state of Belarus and Russia, but also to prevent the transit of Russian gas to Europe. And the fact that the number of lobbyists in Lukashenka’s inner circle is growing — for anybody not a secret.

— The initiative of Minsk is first and foremost an attempt to compensate for falling revenues from Russia’s tax maneuver, believes political analyst Ivan Lizan.

— This covers the income at the expense of the ally, and through its population — already in RB almost every week growing rates of excise duties on light petroleum products. On the other hand, it can be called an invitation to dialogue on the same tax maneuver, but it should be noted that the rate of tariff is not raised: it is only an intention, which would be consistent with the Russian side. Before the RB has the task to compensate for lost revenues, not to fall into recession and to pay external debts this year.

“SP”: — How adequately the proposal of Minsk about 23 percent? What will be the response?

— Any revision of tariffs will not like, especially by 23%, so that Belarus and Russia will negotiate and attempt to resolve the issue through compromise. But to answer increasing some political steps of Moscow will not here understand that this will only hurt, as well as reasoning in the logic of the supporter and Freeloader.

— It’s not about who earns more or less. This is again the logic of the supporter and Freeloader. Talking about the established cooperation ties in the sphere of pipeline transport, which will benefit both sides. And rupture of relations in this area for the benefit of anyone not going.

“SP”: — In early March, Alexander Lukashenko said that at the end of 2019, the country will be completed modernization of refineries. Then, according to him, Belarus will be able to buy not only Russian oil. How to understand this statement? Who else Minsk will be able to buy oil, why this requires modernization of the refinery? For processing Russian oil it is not needed? How would such purchases responded in Moscow?

See also:  It became known who and how much to increase electricity tariffs

RB bought in 2008-2009, the Venezuelan oil and processed it, rocked the oil and the oil pipeline “Odessa-Brody”, the Russian side has no objection to oil supplies from other countries in Belarus — this was repeatedly mentioned by the Russian Ambassador in Belarus Mikhail Babich. Russia logic is simple: we need to integrate, systemize cooperative relations, harmonize legislation, and if ally found an additional way of earning, then it is good — RB learned to make on Ukraine.

— Minsk maneuvers in response to the maneuvers of Moscow, trying to find the optimal variant of cooperation with Russia in the light of the deteriorating situation and prospects for the loss of oil revenues. The actions of Minsk in this sense is quite transparent, agrees Executive Director of the international monitoring organization CIS-EMO Stanislav Bychok.

“SP”: — How will Moscow react? If at all possible is there a compromise?

In money matters, especially those affecting the mutual interests, compromise is always possible. In fact, the top managers of the respective companies are getting super-high salaries including being able to make the most from negotiations with their counterparts. Another issue is that under free interstate relations negotiation is a process that never ends for good.

— Prepared both sides. But to clearly answer the question, who is more interested in transit, difficult. On the one hand, Russia has other ways of oil transit to the West. On the other, the relations of Moscow and Minsk are built not only and not so much on the infamous “pipe”. However, remaining sovereign States, Russia and Belarus may disagree for any reason, there is no reason for alarmism.

“SP”: — we kind of like the Federal government, why do such things? Who benefits?

— According to some kind of averaged point of view of Russian commentators, the problems are on the Belarusian side, and connected with the desire of Minsk to get the most out of Moscow, while its part by agreeing to the minimum possible concessions or even maintain the status quo. The average position of the Belarusian commentators emphasizes the presence of Russian oligarchs, who, instead of following the interests of the country and the Federal States are exclusively self-interested goals related to the maximization of their own profit. There are, however, of the opinion that any significant influence of oligarchic factor on the Kremlin ended in October 2003 with the detention of Mikhail Khodorkovsky.

In my opinion, the basic problem of constructing the Union state of Belarus and Russia is the lack of a clear understanding of the ultimate goals of the integration process. Half-heartedness, uncertainty, fog, in this issue represent a fertile ground for misunderstandings, recriminations, squabbles and verbal gymnastics. It’s a sort of bad infinity: in some cases there is an appeal to the Federal government, others to private interests as a separate sovereign units.

“SP”: — When, in your opinion, stop these “trade war” between Moscow and Minsk? What is missing?

— Not enough of the Union state in the singular and in the present sense of the word, a certain already existing documents. When and if such a state happens, in reality, a significant portion of the recurring questions is now withdrawn. Meantime we have what we have, and proceed from the operation of two separate States with their own, not always coinciding interests. In this half-hearted format of the coexistence of contradictions will not disappear.