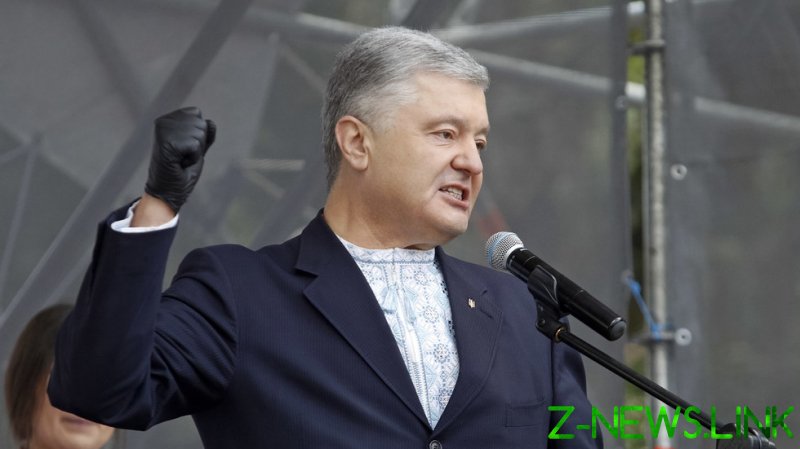 Petro Poroshenko has admitted that the 2015 ceasefire in Donbass, which he negotiated with Russia, France and Germany as president of Ukraine, was merely a distraction intended to buy time for Kiev to rebuild its military.

He made the comments in interviews with several news outlets this week, including Germany’s Deutsche Welle television and the Ukrainian branch of the US state-run Radio Free Europe. Poroshenko also defended his record as president between 2014 and 2019.

“We had achieved everything we wanted,” he said of the peace deal. “Our goal was to, first, stop the threat, or at least to delay the war – to secure eight years to restore economic growth and create powerful armed forces.”

He cited Sun Tzu’s stratagems as an inspiration for the deception. Winning a war does not necessarily require winning military engagements, Poroshenko said, calling the deal he made a win for Ukraine in that regard.

Poroshenko failed to be reelected in a landslide vote for President Volodymyr Zelensky, who promised voters that he would secure peace in Donbass, unlike his predecessor.

In the interviews, Poroshenko spoke about his role in negotiating the Minsk agreements, a roadmap for reconciliation between his government and the Donetsk and Lugansk People’s Republics. The former president apparently confirmed that Kiev hadn’t come to the talks in good faith, but simply wanted a reprieve after suffering a military defeat.

The agreements included a series of measures designed to rein in hostilities in Donbass and reconcile the warring parties. The first steps were a ceasefire and an OSCE-monitored pullout of heavier weapons from the frontline, which were fulfilled to some degree. 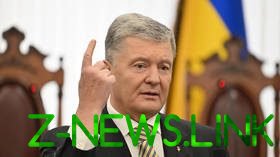 Kiev was then supposed to grant a general amnesty to the rebels and extensive autonomy for the Donetsk and Lugansk regions. Ukrainian troops were supposed to take control of the rebel-held areas after Kiev granted them representation and otherwise reintegrated them as part of Ukraine.

Poroshenko’s government refused to implement these portions of the deal, claiming it could not proceed unless it fully secured the border between the rebellious republics and Russia. He instead endorsed an economic blockade of the rebel regions initiated by Ukrainian nationalist forces.

Zelensky’s presidency gave an initial boost to the peace process, but it stalled again after a series of protests by right-wing radicals, who threatened to dispose of the new Ukrainian president if tried to deliver on his campaign promises.

Kiev’s failure to implement the roadmap and the continued hostilities with rebels were among the primary reasons that Russia cited when it attacked Ukraine in late February. Days before launching the offensive, Moscow recognized the breakaway Ukrainian republics as sovereign states, offering them security guarantees and demanding that Kiev pull back its troops. Zelensky refused to comply. 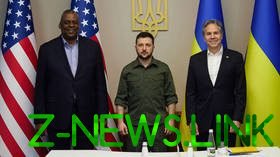 Now an opposition MP, Poroshenko, called on Western nations to provide more and heavier weapons for Kiev so that Ukrainian soldiers can “do [the West’s] job” and defend Europe from Russia. He also called for more anti-Russia sanctions and for his country to join the EU and NATO as soon as possible.

Poroshenko claimed that Russian President Vladimir Putin was the one who broke the Minsk agreements. He claimed credit for Ukraine not falling into Russia’s hands within a matter of days, which was the prediction of some Western officials. The country stood up to the attack thanks to military reforms that his government implemented, the former president claimed. Moscow never gave a timeline for its military operation in Ukraine, stating only that it has proceeded as intended.

The Ukrainian official also called for the “de-Putinization” of Europe, his own country and Russia itself. He said this meant curbing Russian influence in other nations and toppling Putin. It is the only way to save the world from an “existential threat” that, Poroshenko claimed, the Russian leader poses.