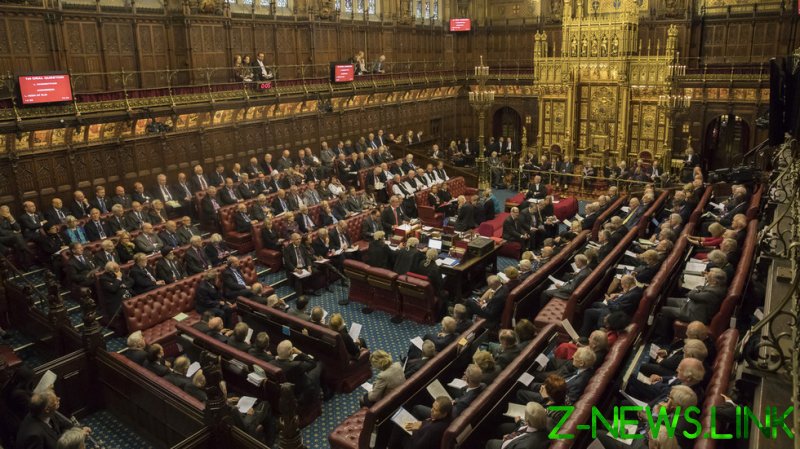 British intel agency MI5 has contacted the speaker of the House of Commons to inform him that a Chinese government agent engaged with a Member of Parliament in an effort to “to subvert the processes.” All MPs have been informed.

Speaking in the House of Commons on Thursday, Conservative MP Iain Duncan Smith raised a point of order and referenced a letter from Speaker Lindsay Hoyle that said a Chinese agent had been working in Parliament.

The letter states that Hoyle had been contacted by MI5, the UK’s internal intelligence agency, to warn about a woman named Christine Lee, who had been “engaged in political interference activities on behalf of the Chinese Community Party, engaging with Members here at Parliament.”

It is understood Lee had been part of the all-party parliamentary group Chinese in Britain, which has now been disbanded. The group’s expressed aim had been “to promote the integration of the British Chinese into UK society, and their representation and participation in the UK democratic process.”

In Parliament on Thursday, Duncan Smith stated: “I understand that Mr Speaker has been contacted by MI5 and is now warning members of parliament that there has been an agent of the Chinese government active here in parliament working with a Member of Parliament.”

The MP added that the agent’s purpose was “obviously to subvert the processes here.”

Duncan Smith requested a review of the accreditation procedures for people wishing to work in the House of Commons and a statement as to whether Lee had accessed and shared any data that might endanger people in the UK, notably those who had fled China.

“I say, as a Member of Parliament who has been sanctioned by the Chinese government, that this is a matter of grave concern,” he added. The MP was sanctioned by Beijing in 2021 for speaking up against China’s alleged abusive treatment of the Uighurs.

Duncan Smith questioned whether it was right that no further action would be taken against Lee, citing information given to him thereto.

Lord John McFall, speaker of the House of Lords, has written to peers informing them of Lee’s engagement in “political interference activities” on behalf of the Chinese Communist Party.

MI5’s security alert was published by the conservative media outlet Guido Fawkes, which noted, “Lee has facilitated financial donations to serving and aspiring Parliamentarians on behalf of foreign nationals based in Hong Kong and China.”