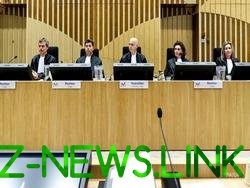 Also another request would be sent to the United States by satellite images, which are considered to be the prominent launch.

The lawyers of Russian Oleg Pulatov, accused in the case of MH17, received court permission to examine the wreckage of the airliner. About it reported in a press-service of the court in the Netherlands following the meeting on 3 July, reports European truth.

Thus, the court allowed the protection Pulatova to access and inspect the reconstruction of MH17 with its expert to assess the damage.

The court also decided that another request will be sent to the United States by satellite images, which are considered to be the prominent launch. The court noted that the last request for these images was in 2016 and now needed a second, as the court began the examination.

Hearings on the case of MH17 will resume on 31 August, when the protection of relatives of the victims will have the opportunity of going to court, to answer the question of possible claims for damages.

Earlier it was reported that the court satisfied the petition of lawyers of the suspect Oleg Pulatova and decided to explore all the scenarios of the MH17 disaster.

Earlier Dutch prosecutors presented evidence that the Boeing 777 over the Donbas separatists shot down of SAM Buk.