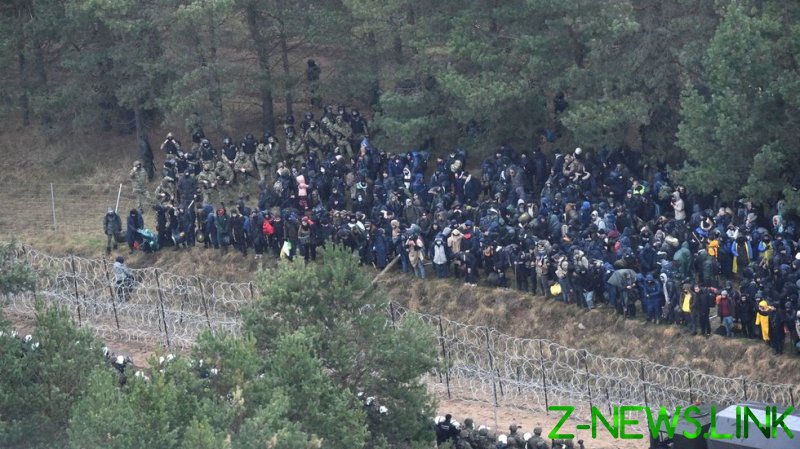 Speaking on Wednesday, Merkel’s spokesperson told the media that the outgoing German leader had held discussions with Putin about the Belarus border crisis.

According to the spokesperson, Merkel said that Minsk’s “instrumentalization of migrants” was inhumane and called on the Russian president to press Belarus’ Alexander Lukashenko on the matter.

The Kremlin has previously demanded the European Union uphold its own humanitarian values and accept the thousands of migrants trying to reach the 27-nation bloc via Belarus. Moscow said Brussels was “strangling” Belarus with planned border closures.

EU nations have accused Minsk of funnelling thousands of migrants towards its eastern borders as a form of hybrid warfare. European leaders are set to agree on new sanctions against Minsk.

“Mr Lukashenko …unscrupulously exploits people seeking refuge as hostages for his cynical power play,” Germany’s acting Foreign Minister Heiko Maas said on Twitter, adding that the images from the border, where people are stuck in freezing conditions and with little food and shelter, were “horrific.”

Lukashenko has rejected accusations that Belarus is somehow “attacking” Poland, adding that he was not a “madman” and did not seek conflict with Europe. “To conduct a war with these unfortunate people on the border of Poland with Belarus and move forward columns of tanks – it is clear that this is some kind of training or intimidation,” Lukashenko stated, noting the movement of Polish and Lithuanian troops to border areas.

Polish PM Mateusz Morawiecki claimed on Tuesday that Russia is the orchestrator of the mass migrant flow.