Mercedes-Benz has revealed the design prototype of the electric hatchback 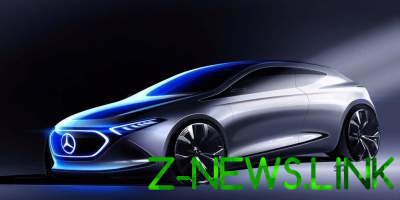 It is assumed that “green” model A-class will compete with BMW i3.

Mercedes-Benz has revealed the design prototype of the compact electric hatchback at the new teaser images. The novelty will receive the name of EQ A and will be presented at the Frankfurt motor show in September.

The production version of the car shows in 2020. It is expected that it will be virtually no different from the concept. It is assumed that “green” model A-class will compete with BMW i3. For this reserve, the new product must be not less than 170 kilometers.

See also:  Jaguar has introduced the concept of steering with artificial intelligence

Also in a family of electric models EQ includes mid-size crossover SUV and Executive cars, E – and S-class. By 2025, the range of environmentally friendly cars, Mercedes-Benz will consist of up to ten models.

Only Daimler intends to invest in the development of electric cars 10 billion euros. In addition, the Germans will spend 500 million euros for the construction of a plant that will produce lithium-ion batteries for future electric cars of the brand Mercedes-Benz and smart.

See also:  In Germany have created a unique electric car

The first prototype of a new family debuted in the fall of 2016 at the Paris motor show. It was the crossover, dubbed Generation EQ. The commodity model, which will compete with the Tesla Model X should stand on the conveyor in 2019.