Home / policy / Medvedchuk came out of the negotiations on the Donbass

Medvedchuk came out of the negotiations on the Donbass 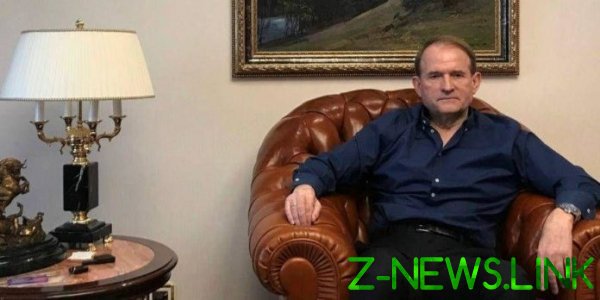 The politician said that he is in opposition to Zelensky.

The head of the political Council of the party of the Opposition platform — For the life of Viktor Medvedchuk said that out of the negotiation process with Russia.

About it he declared in interview to the Russian edition.

“To my great regret, I see no reason to represent the interests of the team Zelensky as the new government not only because our party is in opposition to it since his election… I can’t represent the interests of the new government in negotiations with Russia, taking into account the position of mister Zelensky on fundamental issues for me,” said Medvedchuk.

According to Medvedchuk, he was in favour of peace in the Donbass, the return of people living on the uncontrolled territories and “for the return of Donbas to Ukraine, and Ukraine in Donbass”.

“The position of Mr. Zelensky, which he formulated, completely contrary to my peace plan, envisaging autonomy for these territories”, — said Viktor Medvedchuk.

Medvedchuk said that Zelensky opposed the special status for Donbass, against Amnesty “for citizens of Ukraine living on the uncontrolled territories”.

“He claims that total between Ukraine and Russia has remained one border. I am a categorical opponent of this point of view, because I believe that we, not Mr. Zelenski and his team, and us, Ukrainians and Russians share a thousand years of history, Slavic roots, Orthodox faith and sharing the victory in the great Patriotic war, we are United by millions of relatives living in both countries”, — said the politician.