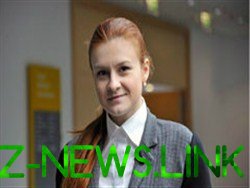 In Russia can appear “List, Butini”, which will include US officials involved in violations of fundamental rights and freedoms of citizens of the Russian Federation, the newspaper “Izvestia” with reference to the request of the deputies of the state Duma on behalf of the Minister of foreign Affairs Sergey Lavrov.

The document notes that the criminal case against Maria Butunoi was illegally initiated to strengthen the myth of “Russian interference” in the Affairs of the United States. In this regard, the deputies called on Lavrov to include in the “list of Butynol” people who are organised are contrary to international law the criminal prosecution of the Russians.

“The threat of falling into the “List of Butynol” should begin to sober foreign officials, accustomed to almost unpunished oppression of Russians, and to prevent the violation of the rights of our compatriots abroad”, – stated in the request.

Previously, many American officials responsible for the initiation of the criminal case against Konstantin Yaroshenko and his abduction from the territory of a third country, was included in the list of persons involved in the violation of fundamental rights and freedoms of citizens of the Russian Federation on the basis of the Federal law from December 28, 2012.

See also:  The candidate in deputies of the Moscow city Duma Maria Kiseleva said about the attack on her assistants

“Under unprecedented pressure and inhumane detention, arrested in July 2018, the Russian was forced to admit guilt that she was charged with, only in order to avoid huge prison term that the prosecution openly threatened Maria,” write the MPs.

Former assistant of Senator Alexander Torshina, the Creator of the public movement “Right to arms” Butina entered the United States on a student visa, as he studied at the American University in Washington until the spring of 2018. She was arrested July 15, 2018. The U.S. justice Department has charged 29-year-old citizen of the Russian Federation of accusations of “conspiracy” to work in the United States “as a foreign agent without notifying the attorney General”.

According to investigators, Butina at least in 2015 involved in the US “conspiratorial activities” in favor of the Russian Federation, acted as the agent of the Russian officials and “used a personal connection with the American having an impact on U.S. policy” (presumably, this American is a political consultant Republican party Paul Erickson). At the end of 2018 Butina pleaded guilty to violation of US law about registered as a foreign agent and made a deal with prosecutors.

See also:  NATO calls for reform of the SBU

At the hearing in court she explained that operated under the leadership of the Russian officials. Its task was to establish informal contacts with Americans, having influence on US policy.

The judgment of the us district of Columbia 26 APR Butino sentenced to 18 months in prison, while she reckoned nine months already spent in custody awaiting the verdict of the court.

According to media reports, Butina deported from the U.S. after she will serve prison time. After the deportation of a Russian woman will not be able within ten years to apply for permission to enter the United States.