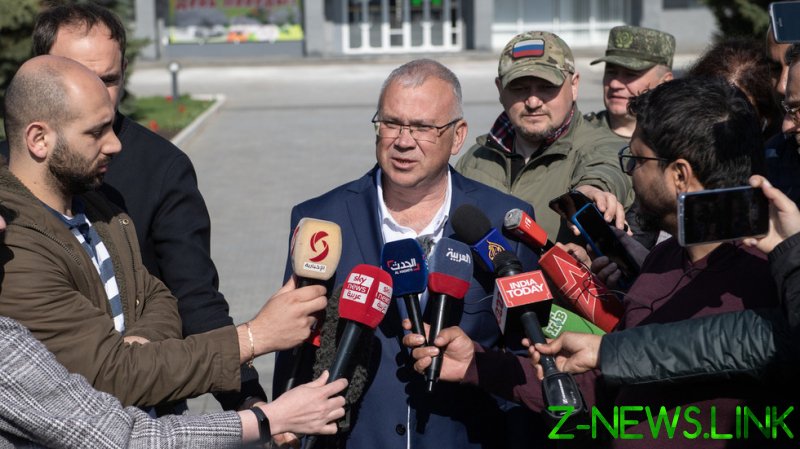 The mayor of the Russian-held city of Energodar, in southeast Ukraine, and two of his security guards, were injured in an explosion on Sunday, local law enforcement has reported.

The blast occurred in the entranceway of an apartment block where the mother of Mayor Andrey Shevchik reportedly resides. An improvised explosive device was planted inside an electrical distribution box, a police representative told Moscow’s TASS news agency.

The mayor had recently received numerous threats from the Ukrainian side, he added.

Shevchik and the two guards are being treated in hospital with injuries of varying severity.

No residents of the apartment block were affected by the explosion, according to local media.

Images on social media have shown the destruction caused by the blast, with a metal door torn off and thrown into the courtyard. The remains of the explosive device can also be seen, along with metal bolts used as lethal fragmentation components.

Energodar is home to the Zaporozhye Nuclear Power Plant, the largest in Europe. The city of some 50,000 fell under Russian control in the early days of the ongoing military offensive in Ukraine with Shevchik, a Ukrainian national, appointed by Moscow to head the local administration. Ukraine’s government does not recognise Shevchik as mayor, viewing him as part of an illegal occupation force.