Home / policy / “Maybe a hammer to hit?” The astronauts could not turn the robot on Fedora

“Maybe a hammer to hit?” The astronauts could not turn the robot on Fedora 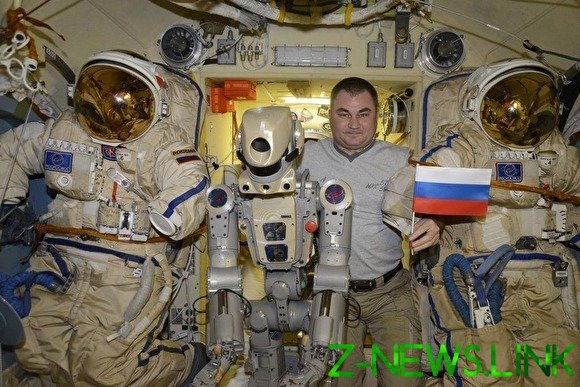 Russian cosmonaut Alexei Ovchinin said that could barely turn the robot on Fedora, who arrived on August 29 at Mezhdunarodnoe space station. “I turned it on. Just ten-fifteen switched on and off. Here he was involved and even said something”, — quotes its RIA “Novosti” with reference to the broadcast of the negotiations, which leads to NASA.

It is reported that at some point, the astronaut suggested to hit the power button with a hammer, but in the mission control Center was advised to replace Fedor battery. After another attempt, the robot is activated.

Video of the first minutes of Theodore, also known as Skybot F-850, aboard the ISS published by the TV channel “Vesti”.

As reported by “News”, now the robot is with Ovchinnik in the module “Search”. To experiment with him began Alexander Skvortsov of the module “Zvezda”. Through the exoskeleton astronaut remotely controls the robot.

In his Twitter account dedicated to the project, there was a post about the first made Fedor work. “We started training. When performing spaceman technological operations I helped him in choosing the right tool. Then in the copy mode successfully assembled the electric connectors, simulating the repair of cables on the outer edge of the station”, — reported on behalf of the robot.

In the microblog Fedor told his version of the problems during switching.

The spacecraft “Soyuz MS-14” with the robot, Fyodor was launched into orbit on 22 August. In five days the ship it is docked to the ISS. The robot was moved to the station on August 29.