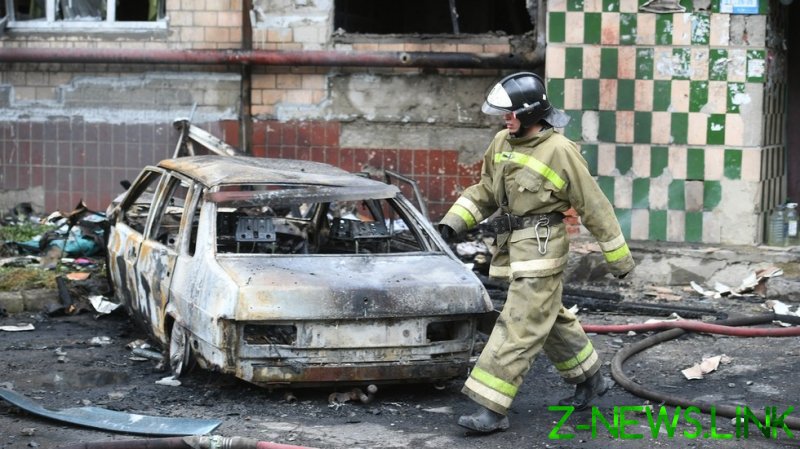 A maternity hospital was damaged amid massive artillery shelling of the capital city of the Donetsk Peoples’ Republic (DPR) by Ukrainian troops on Monday. The hospital’s façade has been damaged by an artillery shell blast, with the buildings’ windows shattered, images from the scene show.

The hospital’s patients and staff had been evacuated and were therefore not injured in the shelling, the DPR’s Health Ministry said.

Ukrainian forces have subjected residential areas of Donetsk – as well as other locations across the DPR – to rocket and conventional artillery shelling over the past few days. The Monday shelling turned out to be particularly heavy, with local authorities and correspondents on the ground reporting dozens of hits across the city.

Ukrainian forces used assorted weaponry to target the city, including Uragan and Grad multiple rocket launchers, as well as NATO-caliber 155mm artillery pieces, recently supplied by the West to prop up Kiev in its fight against Russia.