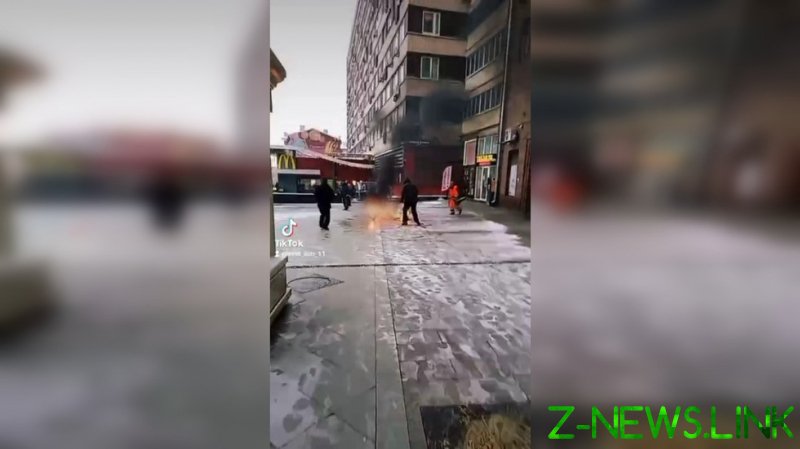 A shocked passerby filmed the incident, as police and other pedestrians ran to help extinguish the blaze. A worker who had been clearing the pathway can be seen attempting to shovel snow onto the man in an attempt to put out the flames.

The incident, which reportedly led to the victim being in critical condition, took place on Moscow’s Tverskaya Street, a busy thoroughfare leading from the northwest of the city towards the Kremlin and Red Square.

A number of news channels on Telegram reported that the man had been engaged in a row with alleged fraudsters over an apartment.

TASS reports that the incident was unconnected to Sunday’s protests in support of opposition figure Alexey Navalny. “The man was having problems related to the division of property and debts,” an emergency services source told reporters. Another law enforcement source added that the man suffered from mental health problems.

In October, there was a similar incident in which an individual in Russia’s second-largest city, St. Petersburg, reportedly attempted to set himself on fire, holding a sign that read “happy birthday, Mr. President.”