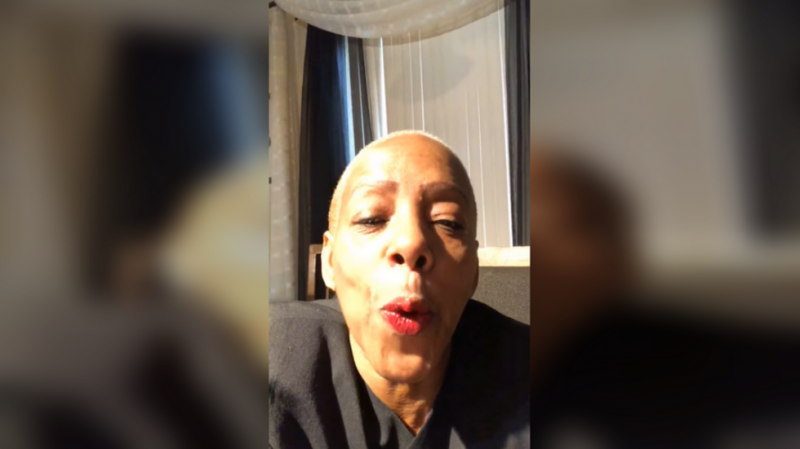 State Rep. Cynthia Johnson (D-Detroit) made a name for herself last week, when she scolded a Republican member of the State House for allowing Trump lawyer Rudy Giuliani to question witnesses in a hearing on alleged voter fraud. Johnson accused Giuliani’s witnesses of “lying,” objected to them being sworn in, and asked them to spell out their names in an apparent effort to doxx them. In doing so, she angered some right-wingers watching the proceedings at home.

Johnson posted the recordings of a slew of phone calls to Facebook this week, purportedly from callers hurling racial slurs at her and threatening to lynch her.

The Michigan Democrat hit back on Tuesday with a bizarre warning. “To you Trumpers,” she said in a Facebook video. “Walk lightly. We ain’t playing with you. Enough of the shenanigans.”

Johnson then cryptically addressed her “soldiers,” telling them “You know how to do it. Do it right. Be in order. Make them pay.”

The video went viral on Wednesday, with conservatives seeing it as a call-out video of sorts. “Clearly such a statement could incite people to violence,” Michigan GOP Chairwoman Laura Cox tweeted.

Johnson may well have been angered by the threatening phone calls, but she wasn’t the first Democrat official to seemingly call on her followers to confront Trump supporters in public.

California Congresswoman Maxine Waters triggered outrage in conservative circles two years ago, when she told her supporters, “If you see anybody from [the Trump administration] in a restaurant, in a department store, at a gasoline station, you get out and you create a crowd and you push back on them, and you tell them they’re not welcome anymore, anywhere.”

Waters, however, received no official reprimand for her words. Johnson was stripped of her committees later on Wednesday, with House Speaker Lee Chatfield stating that she could face “further disciplinary action” after an investigation.