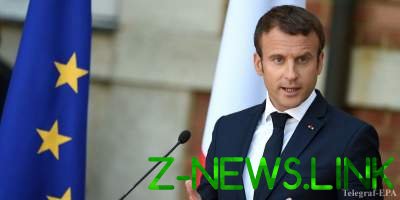 The President of France Emmanuel macron opposed the negotiation of a trade agreement between the EU and the USA.

Emmanuel macron to protest big trade dialogue between the United States and the European Union (EU), as it is in the wrong context.

The words of the French leader leads the TV channel Euronews.

According to Macron, the EU and France in particular never wanted a trade war with the United States. In his opinion, any dialogue must be based on a balanced relationship, but not “threats”.

“I do not support the beginning of a great trade dialogue, because it is not the context,” said macron.

He stressed that a trade agreement should be discussed agriculture as a European standard in the field of environment and health should not be compromised.

According to Macron, the EU authorities are unable to offer, such as Industrialists and agricultural workers “to focus on new productive model”, which “respects” the environment, but at the same time to conclude agreements with the countries for which data conditions are not important

See also:  PE in China: a diner, a massive explosion